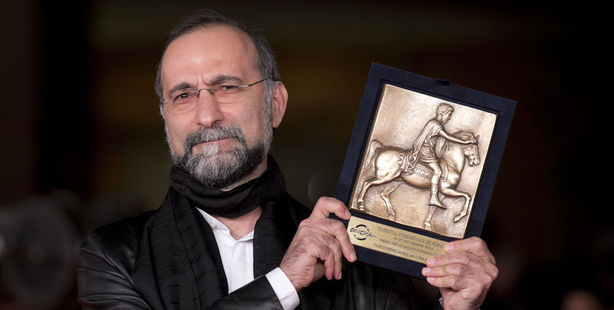 Turkish director, screenwriter and author Tayfun Pirselimoğlu’s latest film “Ben O Değilim” (I'm Not Him) was the winner of the best screenplay award at the 8th Rome Film Festival.

The film "Ben O Değilim" (I'm Not Him), written and directed by Turkish director, screenwriter and author Tayfun Pirselimoğlu was the recipient of the Best Screenplay award at the 8th Rome Film Festival, which came to a wrap on Sunday. The film, starring Maryam Zaree and Ercan Kesal tells the story of a man who tries to switch his identity.

The most prestigious award of the festival, named the "Marc'Aurelio Award" went to the film "Tir", a story that focuses in on a lorry driver, directed by Italian director Alberto Fasulo. The award for Best Director went to Kiyoshi Kurusawa for his film "Seventh Code".