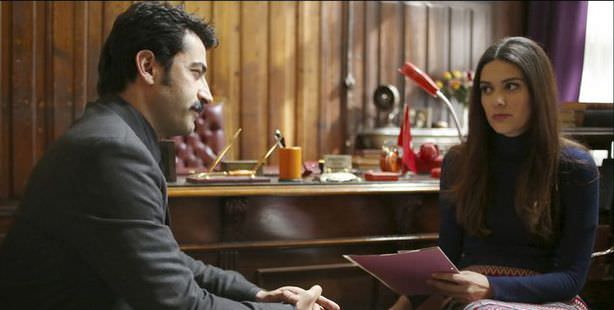 Foreign producers are scampering to secure the rights to broadcast popular Turkish television shows, which are already shown in 50 different countries worldwide, spanning from Afghanistan to Hungary and Croatia to Thailand. Turkish shows, which are already signing on to 150 million dollar export deals, are now about to embark on a first for the silver screen. While these shows are beating Hollywood, the film and television show center of the world, at its own game by signing broadcasting deals in the U.S., now Turkish TV shows are signing on to block deals.

The popular Karadayı TV series broadcasted on ATV, has become the pioneer of this new trend by signing on to a package broadcasting deal with four independent television stations in four different nations. The record-breaking show will soon be coming to the screens in Egypt, which has recently brought the issue of banning Turkish shows to the agenda, as well as Qatar, Lebanon and Saudi Arabia.

Starring Kenan İmirzalıoğlu, Bergüzar Korel and Çetin Tekindor, Karadayı's global distribution has been taken on by the Swedish-based Eccho Rights. Fredrik af Malmborg, Managing Director of Eccho Rights says this is the first time they have signed on to a package deal of this scale, which involves granting broadcasting rights to four independent stations in four different countries. Malmborg explained that Eccho has teamed up with Qatar TV, CBC in Egypt, MTV in Lebanon and Rotana in the Gulf as broadcasting partners for Karadayı, which currently stands as the number one new series in Turkey. In the past ten months alone since the show premiered, Eccho Rights has sold the series to 40 countries worldwide.

Meanwhile, Saudi Prince Al-Waleed bin Talal, known for his 25 billion dollar fortune as well as for being the boss of one of the Middle East's biggest media firms Rotana, has also announced plans to keep Turkish productions on his close radar.