Capital’s culture center: A year full of culture and arts 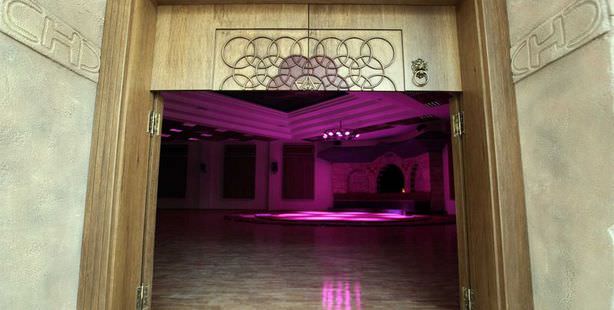 Municipality of Yenimahalle in Ankara has offered a year full of cultural and artistic occasions to hundred thousand citizens with different tastes in 2013.

With a wide variety of occasions from concerts to movie nights, from theatres for both children and adults to dance performances, from matinee days to stand-up shows, Yenimahalle has literally became the capital of arts and culture.

Special occasions were also not gone by unnoticed. Along with national celebrations, Special Needs Day, Elderly Week and Valentine's Day have been celebrated with various activities.

In 2013, theatre curtains in Yenimahalle have been always open. The municipality has set out many plays for both children and adults and won general approval by theatre enthusiastics. 2013 has also been a wonderful year with the concerts of many acclaimed performers. Edip Akbayram, Kubat, Mustafa Sandal, Özgün, Hale Özbaş, Aynur Doğan and many other talented singers have been on stage and performed a variety of genres from Classical Turkish Music to Turkish Folk Music, from pop to Sufi music. Also, in the opening ceremony of Batıkent Culture Center, many talented artists including Arif Sağ, Tolga Sağ, Canan Başkaya, Dertli Divani, Erdal Erzincan, Gülcihan Koç, Mercan Erzincan and Talip Şahin have played bağlama (a traditional Turkish instrument with strings) and sang deyiş (Alaoute songs).

Movie-lovers had a wonderful year in Yenimahalle's open-air movie theatres. Among hundreds of screenings of the newest and most popular movies, classics like Selvi Boylum Al Yazmalım have found their places on silver screen.

Yenimahalle Mayor Fethi Yaşar stated that people are expecting from municipalities more than regular services. He adds that it is important for them that the inhabitants of Yenimahalle enjoy living in that neighborhood and therefore they organize as much culture and arts events as possible. He continues, "We are very happy and proud that our citizens loose the weight of their daily life tiredness and stress through these cultural activities. 2014 will also be a year filled with culture and arts events."