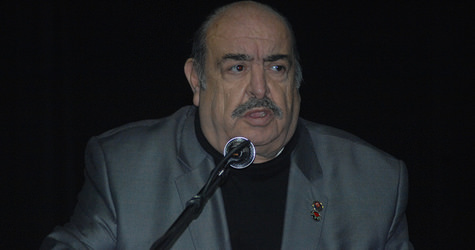 Beloved Turkish theatre and TV actor, Selcuk Uluerguven, 72, died at an Aydin hospital upon being submitted due to a misplaced hipbone fracture.

Uluerguven's most widely-known character was Mechanic Davut in Bizimkiler, a TRT1 series that ran for 13 years. Uluerguven had relocated a year ago to Aydin and was hospitalized three months ago due to a misplaced hipbone fracture. His wife, Turkan Uluerguven said that he had a very stressful year because of his health problems. She added, "He had the soul of an artist and everything happening in our country was affecting him deeply. His last wish was to see Istanbul once again."

He passed away on Jan 7, 2014 at 11:45PM at the Adnan Menderes Research Hospital. Mrs. Uluerguven explained his condition as follows: "In 2012 he had a hemiplegia, but had a speedy recovery. After that, he fell and fractured his hipbone. He had a surgery at Aydin University Hospital and recovered quickly again, despite his age. However, three months ago, the prosthesis got displaced and the bone was infected. He was in the Intensive Care unit ever since. We are grieving."

His funeral will be held at the Zincirlikuyu Cemetery and he will be buried beside his son, Eren Uluerguven, who passed away in 2004 at the age of 21.
Last Update: Jan 08, 2014 12:44 pm
RELATED TOPICS