And the Golden Globe goes to... 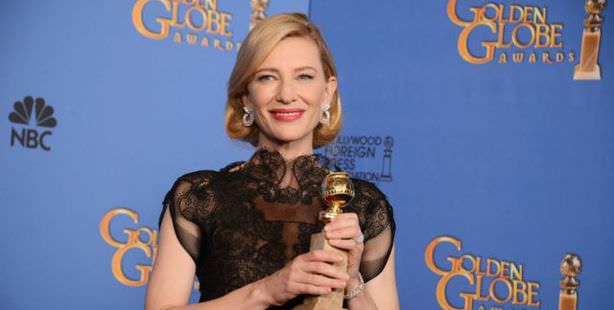 The 71st Golden Globe Awards ceremony honoring television and film was held last night at the Beverly Hilton Hotel, with American Hustle and 12 Years a Slave scooping up the awards.

The Golden Globe Awards, widely viewed as the precursor to the Oscars, was held last night with an elaborate ceremony hosted by comedians Tina Fey and Amy Poehler. While American Hustle walked away with three awards, including best comedy or musical motion picture, 12 Years a Slave, the poetic historical tale of a black slave, was awarded the most prestigious prize of the night with best drama motion picture.

American Hustle actresses came out on top, with Amy Adams collecting the award for best actress in a musical or comedy and Jennifer Lawrence taking home the award for best supporting actress, following her best actress win last year for Silver Linings Playbook.
Leonardo DiCaprio won best actor in a musical or comedy for his role in The Wolf of Wall Street, not forgetting to thank his director and mentor, Martin Scorsese. DiCaprio and Scorsese have worked together on four films to date. Matthew McConaughey was named best actor in a drama for his role in Dallas Buyers. In the film, his character attempts to help AIDS patients gain access to vital anti-retroviral medication after he too is diagnosed with the illness. His co-star, Jared Leto, won the award for best supporting actor.

Cate Blanchet collected the award for best actress in a drama for Blue Jasmine, directed by Woody Allen, who himself was awarded the Cecil B. DeMille Lifetime Achievement Award. In his absence, Diane Keaton accepted the award on his behalf. Mexican film director Alfonso Curan was named best director for his space drama, Gravity.

While the popular TV drama Breaking Bad's Bryant Cranston won best actor in a TV drama, the series was also named best drama TV series. Ceremony host Amy Poehler collected the award for best supporting actress in a musical or comedy for her role in Parks and Recreation.