Syrian women tell the world of their suffering in HAYKIRIŞ 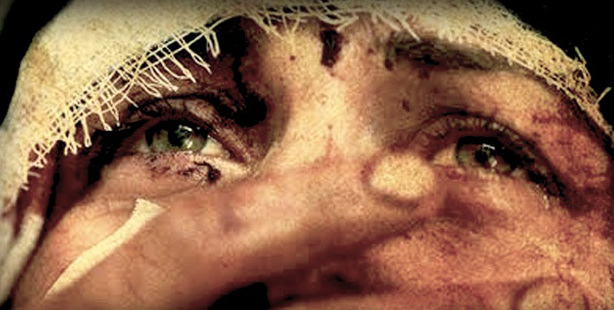 Turkish documentary-maker Tülay Gökçimen filmed the testimonies of Syrian women whose life is now in turmoil due to the war-caused sufferings.

"Haykırış" (Outcry) screens women who fled from Syria to settle into villages located on the Turkish border in hopes of receiving basic humanitarian aid. All of the women documented have lost either their husband or children, in most cases, both, to the war. Every one of them has at least one rape victim in their families.

Gökçimen, who initiated the project to document systematic rape cases as a crime of war in Syria, said that they needed to screen out certain testimonies as they were too graphical and disturbing, in an interview to Turkish news broadcaster A Haber. The current location and personal information of the women and their families are meticulously concealed in the documentary to prevent compromisation of their security. The Syrian women used pseudonyms when identifying Assad's soldiers, Shabbihas and other mercenaries as the perpetrators of rape and sexual abuse.

The main characters of the documentary recounted astonishing war scenes, including rape and various methods of torture and called the world to answer for their silence. A mother shares the heartbreaking news of her son's acceptance into a university a week after he lost his life to Assad's shelling.

According to the Euro-Mediterranean Human Rights Network's (EMHRN) Nov. 2013 report, 6,000 Syrian women have been victimized by rape. EMHRN says the actual number is much higher since most rape cases go undocumented and most victims refuse to talk due to the fear of social stigma.

Humanitarian agencies reported rape crimes and gender-based violence against women under detention or at check-points. Furthermore, the abduction of women to humiliate their families is a common type of abuse against women as a psychological warfare.

International Rescue Committee's Jan. 2013 report details horrific levels of sexual violence, describing "rape as a significant and disturbing feature of the Syrian civil war." In the course of three IRC assessments in Lebanon and Jordan, Syrians identified rape as the primary reason their families fled the country. "Many women and girls relayed accounts of being attacked in public or in their homes, primarily by armed men. These rapes, sometimes by multiple perpetrators, often occur in front of family members," the report states. The IRC was also told of attacks in which women and girls were kidnapped, raped, tortured and killed.

Since the beginning of the conflict in 2011, more than 2 million Syrians have streamed into neighboring Lebanon, Egypt, Jordan, and Turkey. The United Nations recently declared that it stopped to update the death toll which is already estimated to be above 130,000.

The devastating outcomes of the Assad regime cross the Syrian border with refugees. Syrian women make up a considerable amount of the survivors. They lost majority of their family members including parents, husbands and children. Agencies provide unpleasant data regarding the current situation of Syrian women refugees, who are desperately trying to survive in neighboring countries under impoverished situations and mostly exposed to financial, economic, and social risks and vulnerability.