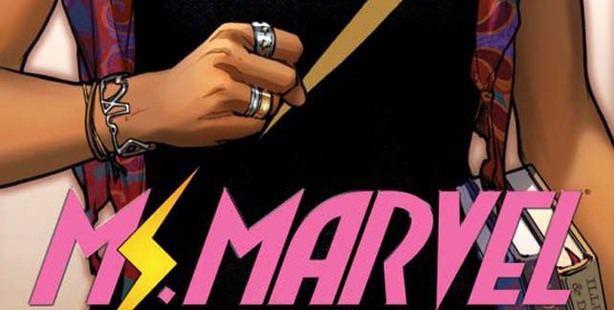 The world’s largest producer of comic books, Marvel Comics, has developed the first Muslim female superhero. The 16-year-old Kamala Khan is set to become the newest version of Ms. Marvel. Her story will be available at comic stores in Feb. 2014.

When you say superhero, what is the first thought that springs to mind? Whose image do you conjure up: Superman, Batman or Ironman? Ok, then what about when you say female superhero? Would you say the 1940's character or Wonder Woman, or maybe the popular videogame character played by Angelina Jolie in the 2000s, Laura Croft? If you said that super strength does not suit our comic book heroes, we would have to tell you that you were plain incorrect.

Kamala Khan is a 16-year-old Pakistani girl and is the newest iteration of Ms. Marvel. She is the very same age as Pakistani education-reform activist Malala Yousafzai. In fact, they are both from the same city, Mingora. Now Khan lives in New Jersey. At the same time Khan is a polymorph. Her version of super strength is wrapping herself into different shapes. She can shrink and expand at will. She uses changing her shape to her advantage.

Marvel Comics has been developing new characters and publishing comic books since the 1960s. Marvel Worldwide, Inc., Marvel Comics parent company, is turning successful comic book franchises into movies raking in millions of dollars. Their list of successes includes the Spider Man, X-Men, Iron Man, Hulk, Captain America, and Avengers series. The Walt Disney Company acquired Marvel Entertainment in 2009 and is committed to making more films. Now, Marvel is drawing from a different culture to create a female character with ties to the Muslim community.

Marvel Editor Sana Amanat spoke about the creation of the newest incarnation of Ms. Marvel. Amanat believes Khan is a different kind of character. Marvel has made plenty of original superheroes in the past, but according to Amanat, "none have been this different." While developing the character Amanat drew on her own upbringing. She explains, In the neighborhood I grew up in I was always different; There were no other children that came from different cultures. It wasn't because I was the only Muslim Pakistani. It was because my family and my personality were different than the others'."

Amanat brought the idea to Marvel's Head Editor Stephen Wacker. Wouldn't it be great if there was a super hero that spoke to all the different types of girls? There were already female superheroes who could move things with their telepathic powers and the classic ability to fly through the air, but Marvel and Amanat created a superhero equipped with a power most 16-year-old girls wouldn't expect.

Kahn could be any Pakistani American. She lives in New York, and occasionally struggles against her conservative family's plans for her. Describing Kamala's family Amanat says, "Her brother is extremely conservative. Her mom is paranoid that she's going to touch a boy and get pregnant. Her father wants her to concentrate on her studies and become a doctor."

The new Ms. Marvel, Kamala Khan, is expected to hit the shelves in February 2014 and she has her work cut out for her. One the one hand she is trying to discover and control her new power and on the other she must prove that a young Muslim woman