Turkey to target more tourists with food, art and culture 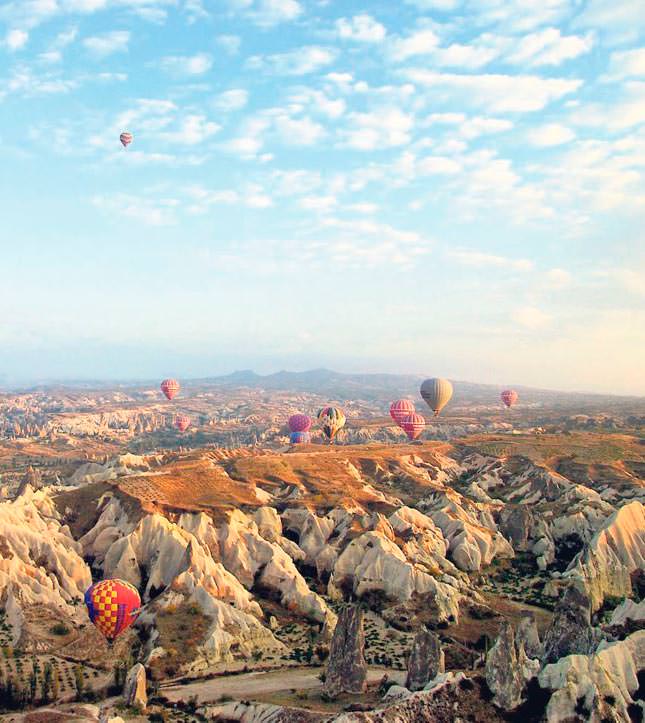 The Ministry of Culture and Tourism embarked on a new initiative to attract visitors year-round for gourmet food, art, and culture tours in addition to the traditional sea, sand and sun

Turkey is already one of the most attractive tourism destinations of the world, blessed with beautiful architecture, stunning coasts, delicious food, and welcoming people.

The Ministry of Culture and Tourism will embark on a promotion this year to increase tourism and diversify visitors by touting gourmet food, art, and culture tours.

The Ministry will use fashion weeks, festivals, social media and TV shows to publicize these reframed targets of culture and tourism. It will also target audiences through a contest on social media. Hollywood star Julianne Moore will also be featured in a tourism campaign.

Nik Wallenda, an American acrobat holding seven Guinness World Records, will pass from Europe to Asia while walking a wire stretched directly over the Bosporus. His Turkish leg will emphasize the country being a bridge between Asia and Europe.
International events at home Turkey's cultural tourism will be promoted in part through international events held inside Turkish borders.

The first of these is the International Roland Garros Grand Slam Tennis Tournament, a major sport event attracting a vast global audience, sponsored by the Paris Counselor for Cultural Affairs and Promotion.

The Turkish government will work in cooperation with the Belgrade Counselor for Cultural Affairs and Promotion and the Cultural Consultancy of the Serbian Presidency in order to commemorate World War I and to enhance peace and cultural exchange.

To mark the 50th year of immigration to Europe, movies, theater performances, concerts, art exhibitions, and folk dance performance will be presented by the Brussels Counselor for Cultural Affairs and Promotion in Centre for Fine Arts, Brussels.

The Copenhagen Counselor for Cultural Affairs and Promotion will also hold an event of Anatolian Culture Days.

A special section of Eurasian Film Festival, the major cinema festival in the Central Asia, will be devoted to Turkish cinema.

Additionally, the Hampton Court Palace Flower Show, a gardening and flower festival held annually and run by the Royal Horticultural Society in the United Kingdom, will host an exhibition called Turk Garden in its World Vision event.