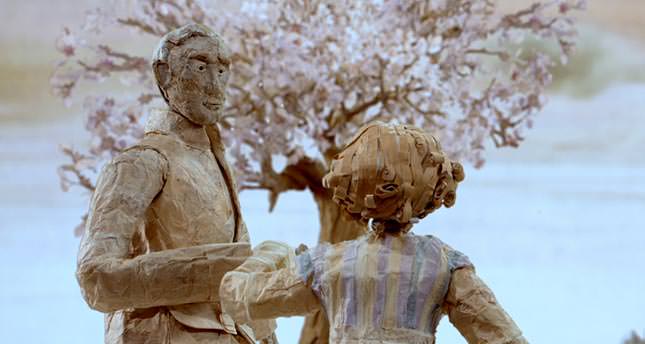 by daily sabah Mar 10, 2014 12:00 am
Istanbul - Celebrating its 10th year, the Akbank Short Film Festival continues to present best short films. This year's festival is running from March 10 to 20, showcasing the most prominent works produced within the last year in Turkey's short film arena. Highlights for this year include experienced Turkish director Derviş Zaim's "Parallel Trips," which he co-directed with Panicos Chrysanthou. In the From Short to Feature category, festival goers will get the chance to meet the successful director Mehmet Eryılmaz.

Another surprise of the festival this year is Hayet Benkara, the renowned film consultant from France and the U.S., who will be joining as a guest in the Experiences category. Short film fans can attend a number of other discussions and panels during the festival, including film criticism in Turkey, editing a film, cast directors and criteria for choosing an actor, and alternative distribution and funding. For those who are interested in getting in front of the camera, an acting workshop run by acting coach Ümit Çırak is highly recommended. A cinematography workshop will also be held by photography director Feza Çaldıran.

All screenings will be held at Akbank Art Center in Beyoğlu. The center, which celebrated its 20th anniversary last year, has a capacity of 125 people and hosts various music events and festivals, including "Piano Days" and "Jazz Days." All screenings and activities are free of charge.