Not just one day but a whole museum honoring women 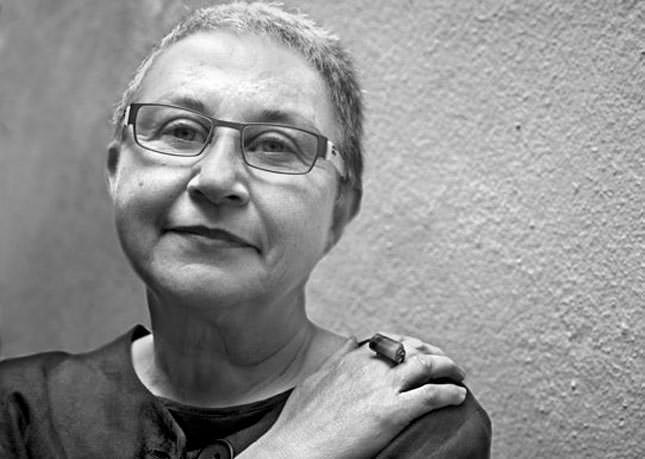 'Women's Museum Istanbul' is attracting visitors from across the world, who are interested in learning more about the role women have played throughout the history of Turkey's largest city

Istanbul - Established online in 2011 by the Women's Culture Foundation of Istanbul, Women's Museum Istanbul is aiming to become an intercultural dialogue platform, where different generations can mingle and learn about the role women have played in Istanbul's 2,674-year-long history. More than 100 volunteers worldwide have chipped in to offer content for the site.

Curator Meral Akkent explained that the museum is crucial in terms of providing an intercultural space "in a world of wars." She stressed that one of the aims of the museum is to inspire other local and foreign scientific and cultural institutions to engage in similar work in Turkey and abroad and found women's museums dedicated to the history of their cities. She also noted that surprisingly, one-third of those visiting the museum's website and its social media accounts are men.

"Women's history in this city not only covers what women have expressed throughout history but also a variety of themes concerning people of all ages, levels of education and culture. For instance, we have Byzantian Kassia, the first female composer in the world, born in 810. In our museum, we capture the interest of music lovers," said Akkent. "Or we have the first Muslim female composer in the Ottoman Empire, Reftar Kalfa and the first female calligrapher, Esma İbret Hanım. Dealing with the works and lives of these women is beyond gender issues. However, they meet at the Women's Museum Istanbul," Akkent said.

The museum's permanent exhibition focuses on women who were born in or moved to Istanbul and who have offered contributions to the artistic and cultural life of the city. Its educational programs aim to cultivate an interest in the subject of women's history and strengthen reflections on these people, dubbing the women of old as "grandmothers of us all." The temporary exhibition at the museum will cover themes of women's lives in the city, not necessarily restricted to the fields of art and culture. Akkent stressed that contemporary women are also represented, such as Nilufer Verdi, the first female jazz pianist in Turkey. "The biographies stress the continuity and integrity of the women's movement. The movement meets history and gets closer to the women's movement in 1980s with Filiz Kerestecioğlu and to the Ottoman movement with Efrosini Samarcidis, Elbis Gesaratsyan, Sirpuhi Dusap, Zabel Yesayan and Nuriye Ulviye Mevlan," Akkent said.

As a virtual museum, the project's unique features include digitalized objects, global accessibility, independence from time and place, providing multi-media opportunities on the website - such as listening to a song or watching movies or documentaries of women featured in the museum - as well as interactivity between the museum and the visitor.

Akkent stated the Women's Culture Foundation Istanbul is looking for a space with a minimum of 3,000 square meters in Istanbul where biographies of women from the permanent exhibition can be displayed.

The intention is to have an interactive museum where "visitors will have the chance to be a part of the museum actively by touching, listening, jumping, lying down, getting under some objects and pushing," Akkent said.

Women's Museum Istanbul is a member of the International Association of Women's Museums and can be visited at www.istanbulkadinmuzesi. com/en.

Herstory Academic Database Istanbul Women's Museum, is also working to preserve the memory of women in Turkey, by compiling an archive of academic studies on Turkish women's history. The archives are available on the website.

Herstory Academic Database for Turkey will compile a pool of information, offering the chance to immediately access academic studies and research on the subject of women's history in Turkey. In addition to being a time-saver, the archives will also offer the chance to build a category map.