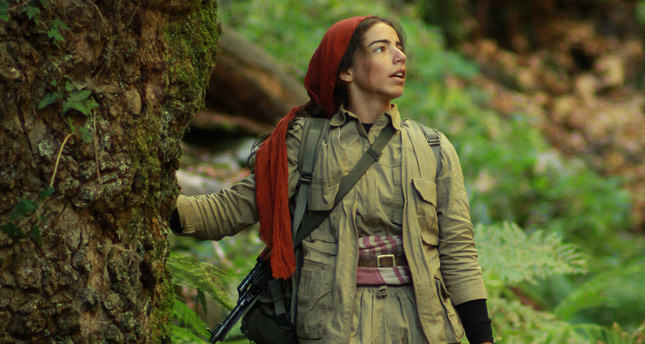 The Boston Turkish Film Festival, which began this week, will focus on 100 years of Turkish cinema and will feature many movies by up-and-coming filmmakers

ISTANBUL – The Boston Turkish Film Festival (BTFF), now in its 13th year, continues its rich program highlighting contemporary Turkish cinema and Turkish filmmakers. For its celebration of the 100th anniversary of Turkish cinema, the BTFF carefully selected this year's program to present influential examples of modern Turkish cinema and directors. Sixteen feature films - along with documentaries and shorts - are included in this year's jam-packed program. The nearly month-long festival will run until April 26 with screenings taking place at the Museum of Fine Arts, Boston.

Known as one of the most prestigious Turkish film festivals in North America, BTFF will be presenting the 2014 Boston Turkish Film Festival Award for Excellence in Turkish Cinema to the acclaimed director Reis Çelik tonight. The award ceremony will take place following the screening of Çelik's film, "İnadına Film Çekmek" (Film Against All Odds). Legendary actor Tuncel Kurtiz, who passed away in 2013, will also be commemorated at the festival. He was the wellknown star of "İnat Hikayetleri" (Tales of Intransigence) and "Mutlu Alile Rehberi" (Happy Family Guide). Other notable films in this year's festival include "Kelebeğin Rüyası" (The Butterfly's Dream) by Yılmaz Erdoğan, "Devir" (Cycle) by Derviş Zaim, "Sen Aydınlatırsın Geceyi" (Thou Gild'st the Even) by Onur Ünlü, "Soğuk" (Cold) and "Benim Dünyam" (My World) by Uğur Yücel, "Meryem" by Atalay Taşdiken, "Yozgat Blues" by Mahmut Fazıl Coşkun, "Araf" (Somewhere in Between) by Yeşim Ustaoğlu and "Tamam mıyız?" (Are We Okay?) by Çağan Irmak. Festival administrator Erkut Gömüllü said the previous film festival received positive response from the audience at the end of each screening and interest in Turkish cinema increased since the festival began 13 years go.

Gömülü continued, saying he believes the festival contributed greatly to promote Turkish cinema and Turkey in general. The award-winning films of the 18th Boston Turkish Festival Documentary and Short Film Competition will be rescreened during the 13th BTFF, including Ozan Sihay's "I II III IV," which won the Best Short Film Award, along with Buğra Dedeoğlu's "Şeref Dayı ve Gölgesi (Uncle Şeref and His Shadow) with Best Short Film Audience, Best Documentary winner Haydar Demirtaş's "Misafir" (The Guest) and Best Documentary Audience award winner Can Candan's "Benim Çocuğum" (My Child). The directors will receive their awards in a ceremony to be followed by a panel discussion moderated by film critic Peter Keough. The retrospective section of the festival will focus on films by Reha Erdem, Nuri Bilge Ceylan and Derviş Zaim. Ceylan and Zaim are also on the advisory board of the festival, along with Mevlüt Akkaya, Bület Alakuş, Fahir Atakoğlu, Zeki Demirkunduz, Haden Guest and Emre Kongar. The festival announced it added a series of music events to the program in April, with the Tanini Trio scheduled to take the stage on April 12, Turkish pianist Ayşegül Durakoğlu on April 19 and Turkish guitarist Cem Duruöz on April 26. All performances will take place at Goethe Institute in Boston.

The film festival is a part of the Boston Turkish Arts and Culture Festival. The first seeds of the festival were planted 18 years ago when Turkish films were presented to film enthusiasts. Especially with the rise of young Turkish geniuses including Ceylan, Demirkunduz and Erdem, the screenings soon turned into a major film festival, promoting Turkish cinema in the United States, becoming a part of the cultural tradition in Boston. The BTTF is sponsored by the Turkish Cultural Foundation (TCF), the Ministry of Culture and Tourism, the Turkish Promotion Fund and Turkish Airlines. More details about the festival are available at the official website www.BostonTurkishFilmFestival.org.