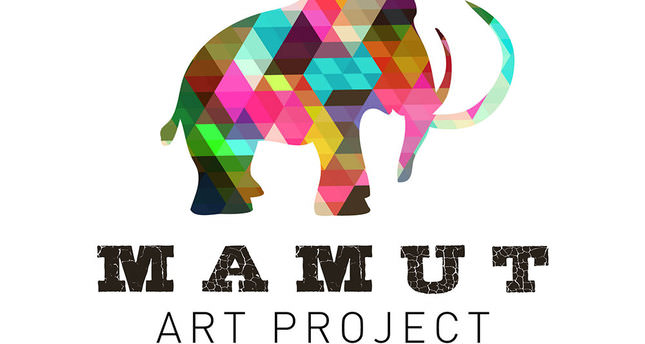 by Özlem Sakin Mar 20, 2014 12:00 am
ISTANBUL – If you are eager to find out, visit the Mamut Art Project (Mammoth Art Project) from April 3-6 at Istanbul's Küçükçiftlik Park to meet with up-and-coming artists pushing the boundaries in the contemporary art world. "The pressure is higher than ever," said Seren Kohen, the project's mastermind. "The reactions and reviews we received last year were amazing, much better than expected and now, people will be visiting the exhibition with much higher expectations. We worked so hard and put so much effort and we believe in ourselves and our artists," says Kohen. The visual arts gallery is rare due to its size and because it is one of the few events of its kind that takes place outside traditional galleries and exhibition spaces.

From painting to photography, installation to street art, sculpture to illustration and land to kinetic arts, 55 artists from various fields will display their works in an area of approximately 10 square meters during the four-day event.

The jury, including Ali Kazma, Emre Baykal, Emre Zeytinoğlu, Oya Delahaye and Saruhan Doğan, who all practice various forms of art themselves, have selected the participants and their works. In its second year, gallery owners, collectors and curators will attend a special screening of the young artists' works on a private viewing night when artists will have the opportunity to meet with the leading names from the art world and art lovers and collectors will have the chance to obtain original works at "affordable" prices. When asked what they mean by "affordable," the founding partner of Mamut Art Project, Serene Kohen said that art is an investment and added that it is difficult to determine the price of art. While noting that they want to support the careers of young artists, organizers also want to promote the message and idea that art works do not necessarily belong in the apartments of the so-called "upper class" or the elites. "We have set our heart on proving that works can be affordable and can be accessible to larger audiences. This is the kind of art scene we dream of and we want to create," says Kohen.

She noted that one of the Mamut Art Project's main objectives is to provide artists with enough space to organize solo exhibitions. "We received more than 530 applications last year, which was beyond what we accepted. Thanks to the project last year we have introduced 47 talented artists who specialize in painting, photography, installation, graffiti, street art, sculpture, illustration and video art. Almost 3,000 people visited the exhibition last year and 60 percent of the works were purchased and displayed in important collections," says Kohen.
While most of the artists were called for interviews by galleries, another artist, Didem Erk, whose works were showcased at the exhibition held in 2013, became one of the 13 artists qualifying to attend the Istanbul Biennale organized last September. In addition, works by six artists who participated in the Mamut Art Project 2013 were showcased by galleries at the 2013 Contemporary Art Fair. Many were also invited to take part in solo exhibitions at galleries and for various projects, including Ankara CerModern. "We believe anyone visiting the exhibition will find at least one artist or artwork that they like that would evoke some kind of an emotion in them," added Kohen. Noting that the whole project team was delighted to have created such a comprehensive and sustainable alternative to the art world in Turkey, Kohen also said they are still working on establishing themselves as a name and as an institution that the artist can trust and count on. "We are looking forward to hosting new talents and art lovers during our second year in April," said Kohen, who concluded, "one of our biggest goals is to establish new editions of the Mamut Art Project in the future both in Turkey and also abroad."