Dolmabahçe, a palace fit for paintings 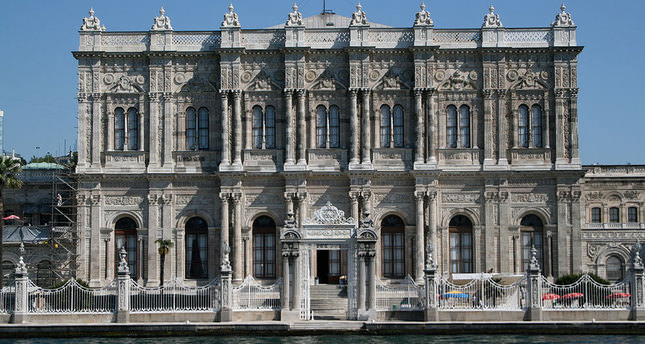 Built during the late- Ottoman times, a part of Istanbul's Dolmabahçe Palace will now house the National Painting Museum, where art by local and foreign artists will be displayed

ISTANBUL — Dolmabahçe Palace, the grand palace in the Beşiktaş district of Istanbul, once the residence of crown princes during the last periods of the Ottoman Empire, now hosts the National Palaces Painting Museum.

The museum displaying paintings of artists from around the world, including Italian artists Fausto Zonaro and Luigi Acquarone and Polish artist Stanislaw Chlebowsk, was opened on March 22 by the Chairman of the Turkish National Assembly (TBMM) Cemil Çiçek. "Although as a nation we are very proud of our history, I cannot say we actually protect our cultural and historical heritage," said said Çiçek. "We have lost so many historical artifacts in the year, whether to build highways or just out of ignorance or to serve our daily needs." He noted that now things have turned around. "Not just the Dolmabahçe palace, but from now on, we will strive to preserve our past, our history across our country ."

Çiçek further noted that entry to the museum will be free of charge to offer the visitors a chance to see various paintings, most of which have been kept in the Crown Prince Room of the Palace.

The palace, after undergoing a seven-year restoration, is now the only one in Turkey dedicated to "Late Ottoman Life" in the 19th century and the Painting Museum is made up of 11 sections, with the first devoted to the last sultans of the Ottoman Empire, Abdülmecid and Abdülaziz.

The second section is named "Westernization in the Ottoman Empire" and it depicts the changes the society underwent, including the military reforms observed from the beginning of the 18th century.

The section was the library of Abdülmecid and contains paintings of Istanbul by local and foreign artists. "In the Turkish painters section, there are paintings by the second and third generation of Westernized Turkish artists," said Gülşen Kaya, the art historian and curator of the museum.

She further added that there are 202 paintings, 28 of which were borrowed from Topkapı Palace and the remaining 174 were brought from the National Palaces Painting Collection.

Further, portraits of sultans Abdulmecid and Abdulaziz are also on display depicting a new era in the Ottoman Empire as they immortalized themselves in paint, copying European rulers of that time. Kaya noted that the exhibition will offer the chance for visitors to learn how the Westernization process during the Ottoman reign started, how military reforms at the time affected social and daily life and about the development of Turkish painting.

Another part of the museum is dedicated to the famous painter Ivan Aivazovsky, who won the favor of the Ottomans.

Dolmabahçe Palace was built by the order of Abdülmecid I and was the home of six sultans. With its eclectic design containing elements from baroque, rococo and neoclassical styles blending with traditional Ottoman architecture, the palace hosted Caliph Abdülmecid Efendi as the last royal of the Ottoman Empire. After the foundation of the Turkish Republic, its founder Mustafa Kemal Atatürk used the palace as his presidential residence. Atatürk spent his last days and passed way in the palace on Nov. 10, 1938. It is currently being used as the Istanbul office of Prime Minister Recep Tayyip Erdoğan.