Discovering the golden age of Islam 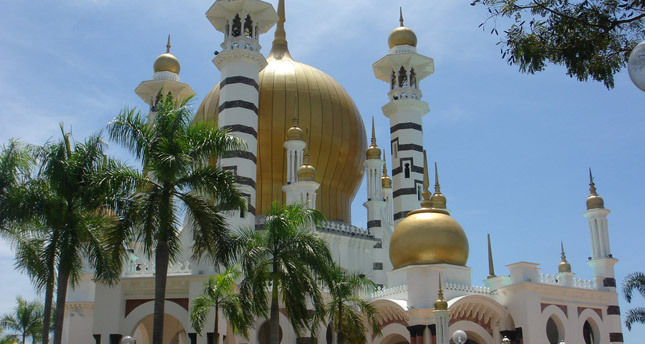 A travelling exhibition from the MTE Studios, "Sultans of Science," displays the discoveries and inventions by leading Islamic scientists at a time when Europe was recovering from the collapse of the Roman Empire

ISTANBUL — Displaying the works and inventions of leading Islamic scientists, the "Sultans of Science" exhibition has been drawing the attention of people from all ages. In particular, young children with families are showing an interest in the exhibition that opened on March 7 and will run until June 7, 2014.

The exhibition features a wide range of works and inventions of Islamic scholars whose names have gone down in the history of science, including Avicenna, al-Biruni, Ibn Khaldun and Piri Reis.

Organized by the Canada Arabian Institute and the Noor Culture Center, the exhibition is promoted under the motto "1,000 Years of Knowledge Rediscovered."

Some works of Islamic scholars who lived from the 8th-18th centuries were redeveloped in Cape Town, South Africa and Dubai.
Among the most interesting ones are al-Jazari's robot, elephant clock and ablution machine.

The exhibition seeks to enhance visitors' cultural knowledge by featuring the miniature mechanisms in the field of medicine, astronomy, mathematics, art, architecture, optics and hydrology, including the controlled flight system of Abbas Ibn Firnas invented in the ninth century and Al-Zahrawi's operation tools. A number of the exhibits on display feature visual and auditory interactive presentations as well.

Since its inauguration in Dubai, the "Sultans of Science" exhibition has been showcased at the MTN Sciencentre in Cape Town, South Africa, the Liberty Science Center in the U.S. state of New Jersey and the TELUS World of Science in Edmonton, Canada.

The exhibition is also the first to be presented for the second time by the Ontario Science Center.

About 1,000 years ago, in ancient desert cities, Islamic scientist were busy defining the theory of vision, developing trigonometry and discovering the principles of flight and using advanced town planning and architecture to design their cities. MTE Studios, specializing on themed architecture and edutainment, have created the project to inform the new generations of how science was shaped 1,000 years ago. The studio employs an internationally renowned, inter-disciplinary team of over 50 specialists from 13 countries, including architects, interactive designers, art directors, engineers, artists and artisans. Other major projects undertaken by the studios include designing the magnificent Ibn Battuta Mall and working on the Dubailand development.