Atiq Rahimi: 'Even if I can't wake people up, I at least want to interrupt their dreams' 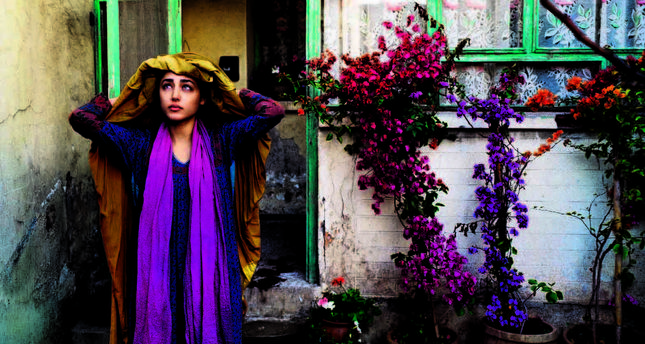 Author and director of Afghan descent Atiq Rahimi gained critical acclaim with his novel "The Patience Stone" on the hardships facing Afghan women under the Taliban regime. The novel was adapted into a film, bringing Rahimi international fame

ISTANBUL — The author and director Atiq Rahimi won the FACE Award at the Istanbul Film Festival last year and also participated in this year's festival as the head of the FACE Human Rights in Cinema jury. Rahimi answered all questions with a smile, whether they were about war or being an foreign artist in France.

Daily Sabah: What do you think about the current situation in Afghanistan?

Atiq Rahimi: Afghanistan is still witnessing war. As previously observed in the Iranian regime, all potential groups, including communists, nationalists, the mujahedeen and the Taliban are at war. We are now fully aware of all war possibilities.

Unfortunately, no one has been able to bring stability to this country. This is because Afghanistan has a unique cultural and political structure. We are caught between the political games of either the West and the East, or the north and the south.

I wish everything had been better. However, Afghanistan missed many opportunities because of religious fanatics and the Taliban backed by Pakistan.

The whole country is called Afghanistan, yet there are big voids between regions. After all, we have won our freedom. It is difficult to transform a country such as Afghanistan. There are problems related with the state regime. The country is under the threat of violence.

These are all facts. I hope we will see some changes in the upcoming elections.

The new generation thinks differently, which is my last hope.

DS: Why did you choose to immigrate to France?

I am interested in French literature and cinema, though. I studied in a French school. I went to Pakistan when I left Afghanistan in 1984.

Following the incidents breaking out nine days after my arrival, I sought asylum at the French Consulate. I came to France in 1985. As a fan of Victor Hugo, my father encouraged me to study literature and communication.

How do you feel as a foreign artist in France?

Your novel "The Patience Stone" addresses the concept of war. Did you focus on the Afghan war or the current situation of Afghan women?

AR: The novel addresses the two subjects at the same time. It is set after the Afghan war. I generally feature a war atmosphere in my novels.

You cannot isolate humans from war scenes. You do not even know who is your friend or enemy.

You may become a person who is unaware of his side and political stance. Further, you experience a deep sorrow from death. My first novel "Earth and Ashes" includes these aspects. On the other hand, my last novel "A Curse on Dostoyevsky" deals with the concepts of God and sin at war.

The book ponders warlords falling into sin. I describe this book as the Afghan version of Dostoyevsky's "Crime and Punishment." I depart from the issue of responsibility for our sins and the level of awareness.

How were your novels and films received in Afghanistan? Did the country impose any bans?

AR: "Earth and Ashes" was awarded many prizes. I wrote my second award-winning book "A Thousand Rooms of Dream and Fear" in French. At that time, the war broke out in Afghanistan and nobody read my French book.

The government and people supported me, yet they even did not support the novel's subject. I came across a comic in France's Figaro magazine.

It depicts two Afghan women talking to each other. One of them says, "Atiq Rahimi is being awarded." The other answer, "Yes, I know. Luckily our husbands do not know what is written in it." When my book was translated, my supporters fell into silence. I am happy that the new generation still stands up for me. The religious fanatics do not like me either. If I can't wake people up, I at least want to interrupt their dreams. I can't make big changes, but I can put them into words.

Cinema is your second interest, isn't it?

AR: Yes. When I finished university, I worked at film companies for a period. I prepared seven documentaries for a French channel.

Then I began to write novels and my feature- length films followed.

What do you think about other worldrenowned Afghan artists?

AR: Afghan author Khaled Hosseini is my friend. He left Afghanistan when he was only eight years old. There are also successful Afghan female authors. Some authors live in Germany or France. Afghanistan is a poor country with a rich story. We have lots of things to say.

There are many war stories.

Atiq Rahimi: 'Even if I can't wake people up, I at least want to interrupt their dreams'

What do you think about the Istanbul Film Festival?

AR: The Istanbul Film Festival is an opportunity to meet directors and movie artists. I was literally here for the meeting between the West and the East.

Turkish audiences are inspiring and always surprise me. I was very proud to attend the festival as the head of the FACE award jury.

Do you know any Turkish artists?

AR: Of course, I know the author Orhan Pamuk from Turkish literature.

I re-read his book "My Name is Red" when I am not writing. I think the book is a masterpiece. I am also a fan of Aziz Nesin. During my Afghan years, I read all his works translated into the Afghan language. Besides them, I know renowned director Nuri Bilge Ceylan. I listen to Turkish musician Ömer Faruk Tekbilek.

You have a sense of humor in your talks, but your novels are very dramatic. Is there too much suffering in your soul?

AR: I do not want to see sorrow and crying in my own life. However, my novels sympathize with other people. Who knows, I could write a romance in the future!
RELATED TOPICS