Turgut Özal: An adversary in power

He was the champion of privatization of state enterprises and the leader of civil politics after the Sept. 12, 1980 military coup.

Though the military government treated him as the underdog in the 1983 elections, he collected 46 percent of the votes and established the Cabinet with majority of the seats. His character, his speeches and the policies he enacted are still controversial.

Some people chose to see him as the man who led Turkey into a new age, while some others blame him for pioneering the neo-liberal policies of the West in Turkey.

Nonetheless, though he came from a bureaucratic background, he fought against historical bureaucratic tutelage. He always behaved like a civil adversary while in power.

He stayed in office for 10 years as prime minister and then as president. The time he was in office is now seen as a period of huge changes in Turkey.

Özal was the type of politician that first emerged in the 1960s with Süleyman Demirel. Necmettin Erbakan was also of that type. These newcomers were not coming from a bureaucratic background, especially a military background. They were from moderate families living outside big cities like Istanbul, Ankara and İzmir. They created themselves through success in state schools.

Sometimes Demirel, Erbakan and Özal are considered as a series. All three were engineers who graduated from Istanbul Technical University. They were more or less religious men. None of them were raised in rich families. On the contrary, their families were ordinary people. Yet, these three very popular politicians were not ordinary people. All three had great dreams for their country and their people. They were ambitious and nearly invincible in democratic politics.

Özal was born in Malatya, a city in the eastern part of Turkey, into a moderate family.

His parents were minor public servants.

His father was a bank clerk, and his mother Hafize was a primary school teacher. The family had three sons, Turgut, Korkut and Yusuf Bozkurt. Hafize had a great influence on her sons. She used to emphasize the significance of education. The sons listened to their mother and all three graduated from university in later years.

Özal enrolled in Istanbul Technical University (İTÜ) in 1946 to study electrical engineering. 1946 is a milestone in the history of Turkish politics since it was the year of the first multi-party elections. However, the 1946 election was ironic. People were obliged to cast their votes under the surveillance of agents of the ruling single-party regime, and officials counted votes without being observed by representatives of the opposing parties. In short, 1946 had fake democratic elections.

After graduating from university in 1950, Özal joined the Office for Electrical Research in Ankara and worked there until 1965. He married twice in the 1950s. His second marriage was to his secretary, Semra Yeyinmen, who would play a significant role in Özal's life. Turgut and Semra Özal had three children, Ahmet, Zeynep and Efe.

Özal went to the United States in 1954 and observed the American way of doing things. His emphasis on know-how can be thought to depend on his observations in the U.S. Back in Turkey, he was placed in the State Planning Organization during his military service (1959-1961) and also taught mathematics at Middle East Technical University (ODTÜ).

Demirel used him as the bureaucratic leader for passage to a free market. Özal tried to overcome elements in the State Planning Organization that presented an obstacle to the private sector. He established a conservative team there that would always remain loyal to him.

After the March 12, 1971 military coup, Özal went to Washington and spent two years as an advisor to the World Bank.

In 1973 he returned and began working for Sabancı Holding, which was one of the biggest corporations in Turkey. In 1975, he left Sabancı in order to work as an independent entrepreneur. Meanwhile, his brother Korkut was elected to Parliament for the National Salvation Party of Erbakan. Turgut also decided to enter politics, and he joined Erbakan's party. In the 1977 elections, he was among the National Salvation Party candidates, but he didn't win. This seems strange since Özal might have been swept out of politics by the coming Sept. 12, 1980 military coup if he had succeeded in the 1977 elections. 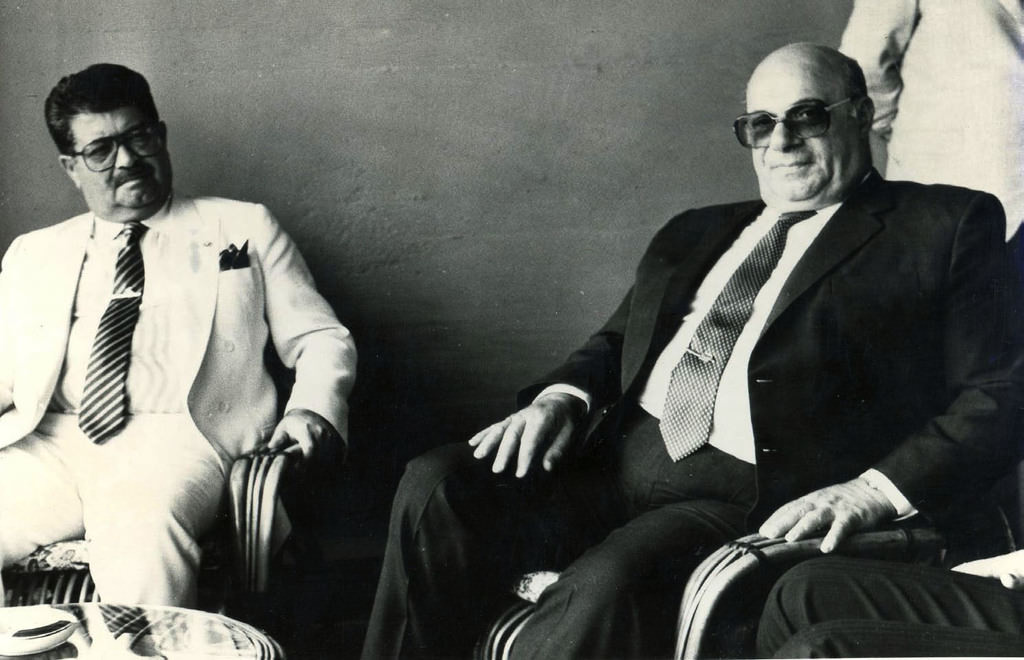 The Sept. 12, 1980 military coup changed Özal's destiny forever. First, he sat in the Cabinet set by the military as Deputy Prime Minister responsible for the economy. The military regime wanted to continue applying the Jan. 24, 1980, decisions taken by the Demirel cabinet, which were prepared by Özal himself. So they hired Özal as a bureaucratic minister.

However, Özal was not a bureaucrat in his heart. He sought to enter civil politics.

He resigned in 1982 and established the Motherland Party (ANAP). In the 1983 elections, ANAP won a great victory and began to rule with a majority in Parliament. Ruling with a majority was very important since in the previous decade coalition governments had been in power, and the Turkish people suffered from economic crises.

Özal declared and promised a new age for Turkey. Some of his policies and words are still popular but controversial.

Privatization was one key policy for the Özal cabinet. Özal's economic program depended on promoting the private sector. A second topic was integrating Turkey with the West. For this, he had to break the tight control of the bureaucracy over politics.

He tried to initiate many new things in the economy and politics of Turkey.

With some he succeeded, in others he failed. He succeeded in promoting the private sector in economic life. However, he could only make slight changes in bureaucratic tutelage. There was a strong coalition between civil and military bureaucratic groups, and this coalition could intervene in any political action at any time. Özal wanted to act freely, yet he could only do the things the so-called "State" allowed him to do.

The second Özal Cabinet established after the 1987 elections was weaker than the first one. ANAP lost about 10 percent of the votes, yet won more chairs in Parliament. This should have given more power to the Cabinet. On the contrary, both the bureaucracy and the opposing parties were pressing Özal as prime minister.

In the 1989 local elections, ANAP could only get 22 percent of the total votes. So the cabinet was shaky.

Thus, Özal decided to become president and rule from there. After Kenan Evren - leader of the Sept. 12, 1980 military coup and then president - retired, Özal was elected as president. Yıldırım Akbulut became the prime minister, and the two began to rule together. Yet, ANAP lost the 1991 election and Özal was now alone and did not have any impact on the new Cabinet set by his former boss, Süleyman Demirel.

Özal was not the kind of politician who would keep silent as president. He continued to express his views and used his authority in full.

This created a dispute between him and others. However, he died in April 17, 1993, and the debate was closed.
RELATED TOPICS