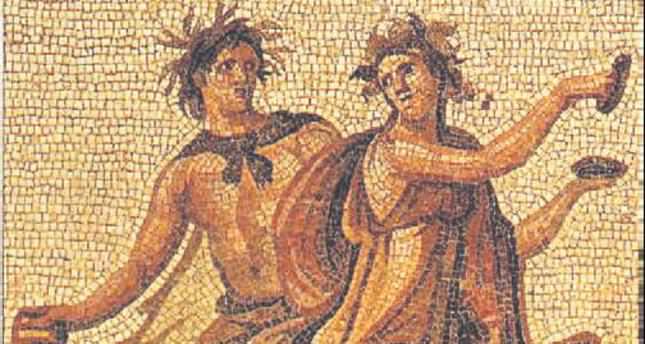 by AA
Apr 29, 2014 12:00 am
HATAY — Costing TL 52 million and extending to 55,000 square meters, the Antakya Museum in Hatay is almost complete. At the end of the construction project that started in June 2011, the museum will be the world's largest mosaic exhibition area with 11,700 square meters and 5,000 square meters exclusively allocated for mosaic pieces.Dating back from 4,500 B.C. to present, the historical artifacts and mosaics are currently being transferred to the newly-established museum.

Hatay Governor Celalettin Lekesiz spoke to Sabah newspaper about the construction project. "The history of Hatay is one of the common heritages of humanity and an important center in which our history was written," said Lekesiz.

Hatay's cultural wealth is reflected on its cuisine, traditions and handcrafts. The new museum will promote Turkish culture to the world. Lekesiz further pointed out that the Antakya Museum contributes to Turkey's cultural values.The museum will host various cultural activities, with special areas for children. The indoor area is 33 square meters, including a conference hall for 235 people. There will be 21 tombs, 86 sculptures, 10 visual images describing specific periods along with six models and six pillars with headings.

The museum will feature 55 showcases and 943 coins from 291 different historical periods. New mosaic pieces will also be on display at the museum. "We will no longer leave the artworks outside claiming that the space in our museum is insufficient.

Prime Minister Recep Tayyip Erdoğan has made significant contributions to us," said Lekesiz.The director of the Archeological Museum, Nilüfer Sezgin said unique artworks will be displayed there. There is currently 971 square meters of mosaic and 70 percent of the exhibition area is ready. "The visitors will take a historical journey back a thousand years in time. The experts are currently dealing with delicate pieces. It takes time to arrange the artworks in a chronological order," explained Lekesiz.

The preparations will be finished by the end of this year. Tourism agencies and operators are looking forward to the museum's opening. It was reported that the completed sections will be open to visitors in the upcoming month if the Ministry of Culture and Tourism gives the official consent.