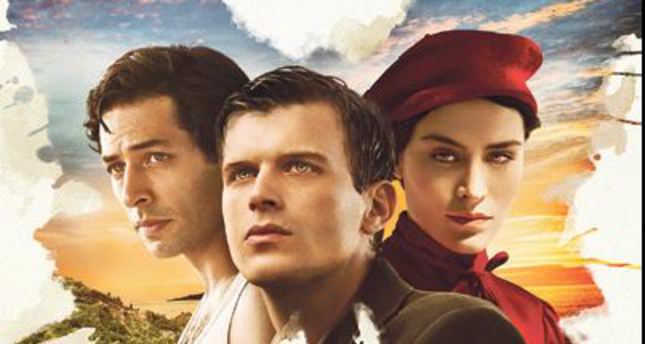 The film directed by the talented Yılmaz Erdogan has now been nominated for Best Screenwriting, Best Acting Performance Female and Best Music at the Milan International Film Festival

ISTANBUL — THE MILAN International Film Festival was established in 2000 and will be held this year between May 8 and 18. The Turkish hit film "Kelebegin Rüyası" (A Butterfly's Dream) has been nominated for Best Screenwriting, Best Acting Performance Female and Best Music at the festival. The film is a drama introduced to audiences in 2013 and directed by Yılmaz Erdogan, who also starred in his film, and won the heart of Turkey with its touching story.

The film was also recognized by the Academy Awards and was a nominee for the Best Foreign Feature at the 86th Oscars.

Belçim Bilgin Erdogan's superb performance as Suzan will compete with Hollywood and international stars including Elizabeth Banks, Laura Kirk, Samantha Morton, Rezeta Veliu, Margot Sikabonyi and You Young Lee. Bilgin Erdogan, Erdogan's wife, announced on social networks she received a nomination for Best Acting Performance Female. The soundtrack composed by Rahnan Altın also received a nomination. Kıvanç Tatlıtug and Mert Fırat thrive in their leading roles as Rüstü Onur and Muzaffer Tayyip Uslu, two poets who lived in Zonguldak, on the shores of the Black Sea during World War II and passed away at an early age from pneumonia. Erdogan appears in the film as the teacher of the poets.