'The Water's Edge': When a Greek tragedy turns into modern American drama 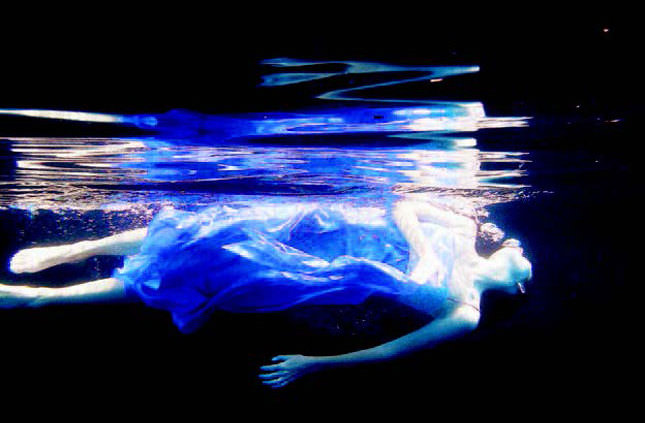 American playwright Theresa Rebeck's 'The Water's Edge,' at the 19th Istanbul Theater Festival offers a contemporary take on what vengeance means in a modern context

"Blood must be paid with blood" might seem like a strange thought in modern times, but "The Water's Edge," based on a Greek tragedy, underlines how justice was carried out according to ancient laws. Theresa Rebeck's play is based on Oresteia, a wellknown Greek tragedy about vengeance.

"The Water's Edge" was first performed at Talimhane Theater at the 19th Istanbul Theater Festival on May 24. The cast included Levent Öktem as Richard, Evren Kardeş as Lucy, Pelin Ermiş as Erica, Ushan Çakır as Nate, Meltem Cumbul as Helen.

In the three part Greek narrative, Agamemnon, the king of Argos, returns home from the Trojan War after 10 years. Agamemnon's wife Clytemnestra is planning his murder for sacrificing their daughter Iphigenia.

In the play based on the tragedy, Richard (Levent Öktem) is held responsible for the death of his daughter, Leah. He goes away from the family because of his guilt. When he comes back home after about 20 years, accompanied by his young girlfriend Lucy (Evren Kardeş), he encounters anger from his family members. He wants to take back his home. In that situation, what will be their responses to suggestions made by Richard? The performance continues, piquing audiences' curiosity about the reactions shown by the different characters. The play's characters evoke easily recognizable emotions. Richard's wife Helen (Meltem Cumbul) is a serious and tempered woman who does not want to lose control. Richard is a self-confident man who thinks he can recover lost time. Able to determine Richard's secrets, Lucy is a clairvoyant woman. Erica (Pelin Ermiş) feels a lot of anger toward his father. Richard's son Nate (Ushan Çakır) is still an immature young man for his age. The characters have a great wealth of emotion and gesture, especially representing anger, suspense and pain.

If we compared the play with the tragedy, we will see how much the writer has improved the story for the modern age. The main theme is constantly brought up: vengeance. Rebeck takes all the characters from the tragedy, Richard as Agamemnon, Helen (the name of the sister of Clytemnestra in tragedy) as Clytemnestra, Leah as Iphigenia, Erica as Electra, Nate as Orestes and Lucy as Cassandra. Following a series of murders, the characters appear quite similar to those in the original tragedy. Agamemnon killed his daughter Iphigenia, Clytemnestra is planning the murder of his husband Agamemnon and Orestes kills his mother Clytamnestra. In the actual story, the death of the mother is suspended. In modern the world, the murder is forbidden by law but the mother who has committed a crime doesn't feel guilty as she is able to find justice by herself. After the murder, "I have forgiven myself," Helen says. The story is dark, but even so, the heavy atmosphere is balanced by good humorous speeches. As we know, Talimhane Company's success in staging contemporary plays is unquestioned. Young actors such as Evren Kardeş, Pelin Ermiş and Ushan Çakır shine on stage. The play never disappoints but it lacks surprising details for audiences who are familiar with the plays directed by Mehmet Ergen (founder of Talimhane Theater). "The Water's Edge" will be performed at Talimhane Theater next season.
RELATED TOPICS