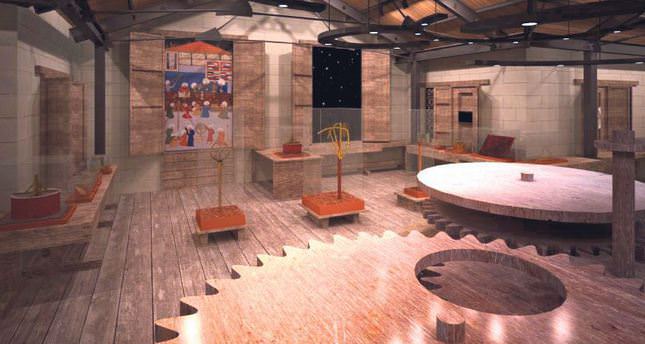 Between the 8th and 16th centuries, Ancient Greek, Indian, Persian and Egyptian knowledge in science and technical fields was translated into Arabic language. Muslim scientists extensively benefited from studies in various fields such as medicine, chemistry, astronomy and physics, paving the way to new inventions and discoveries.

The contributions of the Muslim world were transferred to the West over the years. Muslims have been enjoyed a reputable position in scientific history for over a thousand years.

The Islamic Science and Technical Museum is filled with the works and knowledge of Muslim scientists. The wonderful display of the museum creates a feeling as if visitors were watching those scientists in an ancient workshop. The history of the museum is available for visitors through interactive applications allowing them to delve into the beauties of a Muslim scientific heritage. The museum's historical building is depicted as a part of the spectacular accounts. This is because the newly established museum houses many prototypes.

Get ready to set off on a historical journey with the museum's different sections themed by disciplines such as astronomy, medicine, chemistry and geography. In addition, visitors can watch the sky through an interactive astrological chart adjusted to Gaziantep's location. Alternatively, the museum offers an interesting experience with "camera obscura" (i.e. darkened chamber), the world's first camera, mostly using large rooms or spaces to photograph images. Among the well-known Islamic inventions displayed are engineer and inventor al-Jazari's mechanical controls such as a lock with four bolts suitable for house and castle doors. One of the founders of chemistry science, Jabir ibn Hayyan is known for his self-designed stills mainly used in chemical processes. Visitors can see one sample of his inventions which are still used in today's laboratories. The museum also attracts people with Zehravi's medicine encyclopedia presenting his original drawings along with medical instruments, some of which are used today with slight transformations.

Six reasons to visit the Islamic Science and Technical Museum

An interactive map allows you to compare the current world map with the most comprehensive one created by the Muslim geographer and wanderer al-Idrisi in the 12th century.

The museum also presents another world map by the 16th century cartographer and Captain Ali Macar. Visitors will be stunned to discover striking similarities in both maps.

The museum offers visitors the chance to prepare customized scents through an intera ctive screen. First select one of the three scents and recreate it with the help of directions on the screen.

The history of the Istanbul Observatory is depicted on animated miniatures placed in the museum. Touch on miniature astronauts and listen; they will talk about scientific tools and their functions.

Known as the ancestor of the modern camera, "camera obscura" is an optical device projecting an image of its surroundings on a screen invented by Arab scientist Alhazen roughly 1,000 years ago. There are one room-sized and one small camera obscuras, the former of which is placed outside the museum.

Visitors can learn operating procedures of the world's first camera. It will be an interesting experience to understand how ancient scientific instruments operate.

If you wonder how astrolabes operate, you can use one of them adjusted according to Gaziantep's locations. The astrolabe of Ottoman Emperor Bayezid II allows you to learn the names and locations of stars and how astrological calculations were made.

The stories of Muslim scientists and their discoveries are presented in animation films by an expert production team leaving their signs through many successful activities. The animation films will also contribute to children's knowledge. Many historical stories such as the 'House of Wisdom' are introduced using an entertaining language.
Last Update: Jun 19, 2014 1:41 am
RELATED TOPICS