Joan Miro's works to go on display in Istanbul 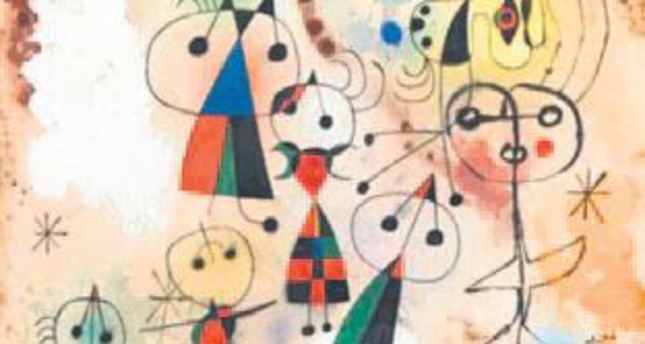 by AA Jul 11, 2014 12:00 am
World-renowned Catalan painter and sculptor Joan Miro's works will be displayed in the Second ArtInternational in Istanbul from Sept. 26 to 28. The artist's bronze statues and his works on paper will also be exhibited at the stand of Galerie Lelong, one of the most prominent galleries in Paris.
Miro's two-meter sculpture entitled "Statue" will be placed at the "By the Waterside" section of the ArtInternational fair on the terrace of the Haliç Congress Center. The statue was produced in 1970.

His works on paper were produced from 1949-1951 and in the 1970s. Galerie Lelong's Director Patrice Cotensin said that he is one of the representatives of Miro and is still working with his family. Cotensin added that he is also the co-publisher of the catalogue displaying the artist's works in collaboration with the Successió Miró, an association founded by the artist's family to protect the rights of his works. Cotensin said they are very happy to be in Istanbul to display Miro's works. Born in Barcelona, Spain in 1893, Joan Miro is regarded as one of the most extraordinary and influential artists of 20th century modern art. Miro began his artistic life as a painter but also produced top quality ceramic, statue and engraving pieces.

He is among the most well recognized names of the surrealist art movement. Miro mostly uses women, children, birds, stars and the sun with an imagery and childish tone. More detailed information is available at www.artinternational14.net.
Last Update: Jul 14, 2014 11:40 am
RELATED TOPICS