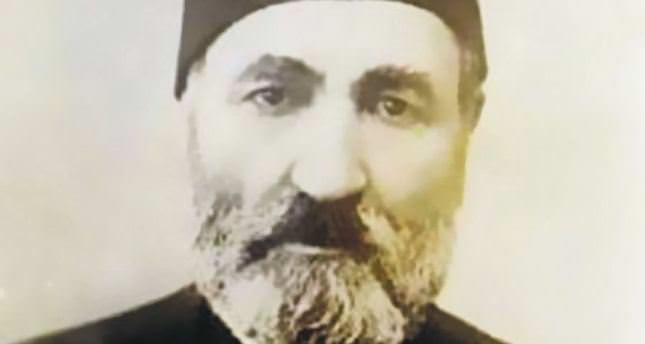 Ottoman literature's master of satire, Şair Eşref was also a stateman who was involved in political matters in his time. He wrote epigrams in the form of odes, eulogies, quintaines, and especially quatrains. His epigrams are a showcase of Divan poetry

Poetry and politics ran through two main but separate streams in the Turkish cultural environment until the mid-19th century. This did not mean that poets were not interested in politics. Some major poets were even politicians, and every Turkish poet had a political consciousness. However, the politics of poetry was rather latent. A poet might criticize politicians including the sultan himself, but he would not do this directly. Either he used implied language or he wrote satirical poetry that would not be included in his official divan.

Nefi's satirical poems were of that kind. He criticized many people including highlevel bureaucrats, which he paid for with his life. Political violence by those in power against poets was common in old empires.

Direct politics entered Turkish poetry in the 19th century. Şinasi and Namık Kemal were the first poets to follow a direct political program through their writing, including poetry. In particular, Namık Kemal affected many generations that came after his time. Kemal's poetry was mainly non-political.
These poems were in the line of classical divan poetry. Yet, he wrote some satires like his predecessor Nefi. And also he tried to change the old forms with a new spirit. This was really political spirit.

Among the young poets that followed the political manner of poetry of Namık Kemal during the era of Sultan Abdülhamid II, one is outstanding for the ranking of his satires given by readers: Şair Eşref. "Şair" means poet, which was given to Eşref as a nickname by the people. He used only "Eşref " as his signature, but people liked to refer to him as "Şair Eşref." Now even literary historians use the name "Şair Eşref."

Mehmet Eşref was born in 1847 in Gelenbe, a district in the Manisa province in the Aegean region of Turkey. Eşref 's father was Hafız Mustafa whose family roots go back to Gelenbevi İsmail Efendi, a famous Turkish mathematician who lived in the 18th century. Eşref 's father was a religious master. He was known to be a witty and humorous man. Eşref 's mother, Arife Hanım, was said to be a poet and hafiz, someone who memorized the Holy Quran.

Eşref went to elementary school in Gelenbe before he moved to Manisa to be schooled at the Hatuniye Madrasa. He studied Arabic and Persian at this madrasa, and learned mathematics and history from private teachers. We do not know much about his childhood.

But we find some traces in his poetry that come from his family environment and education. First things first, humor was a family tradition for Eşref. Second, he would have learned from his mother to be swift in making witty verbal phrases. And third, he was a clever man, which was consistent with his studying mathematics like his great-grandfather İsmail Efendi.

In 1870, Eşref began working as a public servant in the Manisa province government office. He was an intern for two years before he was employed in the Turgutlu sub-province government office. He resigned from this office to begin working in the Manisa office of finance. Two years after, he was appointed as the director of finance in Akçahisar sub-province.

In 1879, he was appointed as the governor of Fatsa sub-province in Canik province. However, he was later dismissed from this position. His first poems were published in the Tercüman-ı Hakikat newspaper of Abdurrahman Sami Paşa. These were history poems. In the old tradition, poets liked to write lines to show the date of a certain event with the help of the numeric values of Ottoman letters. These were called history poems. Eşref traveled around Anatolia as governor of many sub-provinces. When he was working in the eastern region, he learned to speak Armenian and to read and write French.

Until 1899, Eşref 's life was a series of poetry publications and working as a sub-province governor in many regions of the Ottoman lands. In September 1899, Eşref was investigated in İzmir together with many intellectuals due to accusations such as establishing a secret political association, making adversarial speeches against the sultan's administration, being in contact with people known as members of the İttihat Terakki Cemiyeti (İTC) and carrying some prohibited publications.

This initial investigation was not very costly for Eşref, but another one in 1902 caused him to be arrested and imprisoned for one year. After serving his sentence, he was released from prison. Though he went to İzmir first, he understood that the police were after him all the time. Thus, on Aug. 17, 1904, he went to Egypt.

In Egypt, he was active in writing and publishing his poetry. He first published "Deccal I" (Anti-Christ I) in 1904 where he severely criticized and satirized Abdülhamid I and his high-level bureaucrats.

In the early years of the 1900s, Eşref visited Paris, Geneva and Cyprus. He also had some of his books published. These were "İstimdad" (Asking for Help), "Şah ve Padişah" (Shah and Sultan), "Deccal II" (Anti-Christ II) and "Hasbihal" (A Friendly Conversation). He also published some newspapers in exile, including "Curcuna" (Carnival) and "Zuhuri" (Happening).

In 1908, as a constitutional monarchy was announced in Turkey by the sultan, he returned to İzmir. The new government appointed him as governor, which was his position before his exile. He also acted as the executive of some comic journals. He first ran the "Edep Yahu" paper in İzmir. The next year he ran the "Eşref " newspaper in Istanbul, which was a newspaper named after his witty poetry.

Eşref continued to publish his books one after another. In late 1908 or early 1909, "Eşref 'in Meclis-i Mebusanı" (Eşref 's Parliament) was published.
In March 1909, "İran'da Yangın Var" (Iran Under Fire) followed. The same year Eşref officially retired from public service. He wrote "Kuyruklu Yıldız" (The Comet) with his son Mustafa Şatım. In 1911, he wrote "Tercüman-ı Millet yahud Kaside-i Hürriyet" (The Interpreter of the Nation or the Qaside for Freedom) and "Rüya" (A Dream). Eşref died on May 22, 1912, at his residence in Manisa Kırkağaç.
RELATED TOPICS