Greek newspaper in Turkey closes down 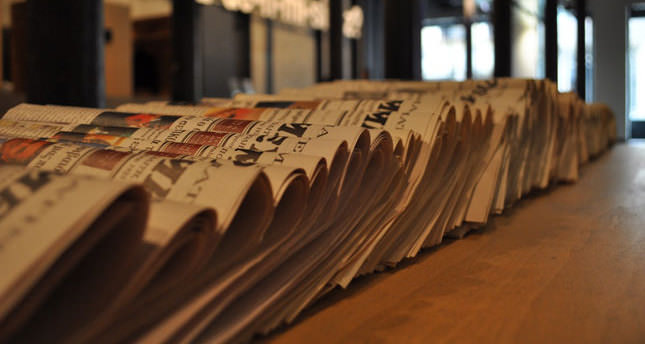 by Daily Sabah Aug 05, 2014 12:00 am
The daily Greek language newspaper "Apoyevmatini" published in Istanbul will close due to heavy financial burdens. Founded in 1925, the established foreign newspaper intended to revive Greek language and disseminate news about the Greek community residing in Turkey. Owner Mihail Vasiliadis, who is also the only employee, decided to shut down his office in Beyoğlu's "Suriye Pasajı" (Syria Passage). Sadness now clouds the office, where there were previously 35 employees.

The newspaper has survived with the financial contribution of the Greek government and the Greek community residing in Turkey. However, the newspaper suffered from Greece's meltdown and the decreasing number of Istanbul-based Greek residents whose population is almost 1,700 now. Vasiliadis had no choice but to close his 90-year old office. "They say it is necessary to have a high circulation rate to receive advertisements. There are only 605 Greek families in Istanbul. I sell 600 copies daily and reach almost 99 percent of them. However, that is not enough," he said. Apoyevmatini had a circulation of 30,000 copies in the past, but the circulation rate dropped when a significant part of Greek community left Istanbul.
Last Update: Aug 05, 2014 1:44 am
RELATED TOPICS