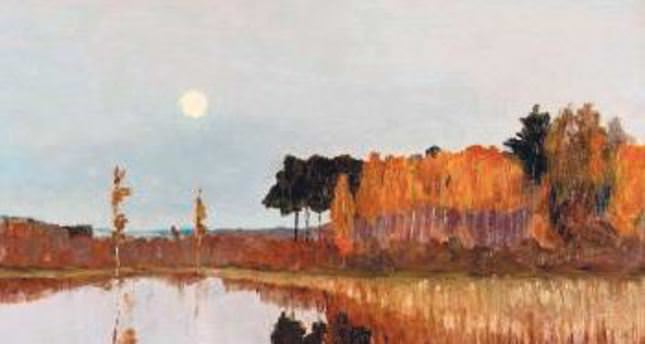 by Daily Sabah Aug 14, 2014 12:00 am
Five paintings by 19th-century Russian-Jewish landscape painter Isaac Levitan were stolen on Tuesday from his memorial house, now a museum, in Plyos, a town on the Volga River. The paintings are estimated to be worth more than $2.1 million (TL 4.5 million). Regional officials said Tuesday's heist included the paintings "The Halt," "Roses," "Ravine with a Fence," "The Silent River" and "River Creek."

The thieves were not apprehended even though police officers arrived four minutes after the alarm was tripped. The stolen paintings have not yet been recovered. Officials investigating the case reported the thieves painted over two of the security cameras, but were recorded by others.
The investigation is continuing to try to identify them. Levitan came to Plyos in 1888 where he created 23 breath-taking paintings during his residence. He produced almost 1,000 paintings and drawings.
Last Update: Aug 14, 2014 2:06 am
RELATED TOPICS