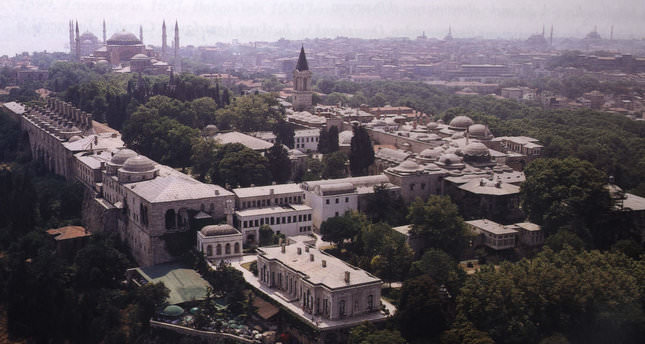 by Daily Sabah Aug 21, 2014 12:00 am
Istanbul Metropolitan Municipality has announced on Wednesday that 118 pictorial documents illustrating life in the Topkapi Palace, where the Ottoman Empire once lived,has been discovered.

The 118 pictorial documents include miniatures displaying parts of the palace and various ceremonies, wood engravings of artists who had visited Istanbul, and glass photographs from the recent periods of the empire.

The documents were gathered in a book entitled "Topkapı Palace with Pictorial Documents." By the municipality. The book explains the historical process of the palace and compares different epochs of the empire. The total size of the place is today is 45.000 square meters, whereas it used to
it is said to have been be 700.000 square meters with its gardens and mansions during the reign of the empire.

The photographs taken by two leading photographers Abdullah Biraderler and Sebah Joaillier depict palace servants uniting their hands by tradition, clergymen wandering at in the courtyard, shoes left at the stairs of the harem, palace clerks having a rest, and two black palace servants waiting at the harem door.

The miniatures depict that the-one floored Sultan's Door was once two-floored.