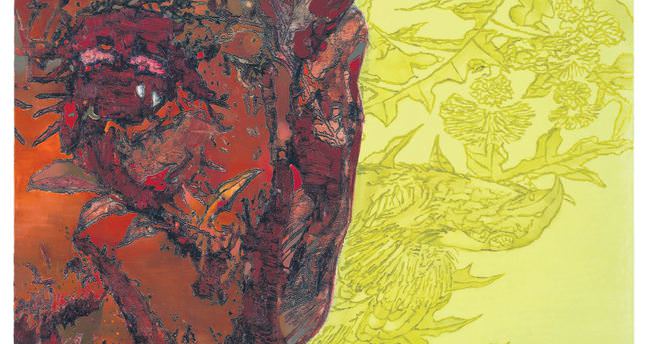 Last October, Pi Artworks opened its first foreign branch at 55 Eastcastle Street in the heart of London's bustling Fitzrovia neighborhood. Located in central London near the West End, the opening of the gallery was a significant event. It provided one of the first examples of a Turkish gallery opening to the outside world not only through art fairs and international sales, but through its physical presence.

When Kahve Dünyası (Coffee World), Turkey's response to the Starbucks model, opened a branch in Piccadilly Circus in 2011, our coffee industry must have felt something similar. Things were changing in a country that had long been used to importing everything from abroad. When Güllüoğlu Baklava opened a branch in Amsterdam's Muntplein Square, visitors from Turkey must have felt like firstworld tourists who come across local brands in distant lands.

But art galleries are not usually the most popular export products, even in Britain or the U.S. In the past, Turkey's art world "exported" curators, artists and art managers to foreign countries but the idea of exporting a gallery had not been a popular one. When I asked Yeşim Turanlı, the owner of Pi Artworks, about how she had come up with the idea, she admitted to having played with it as early as 2011. "Then we found a great location in central London last summer," she said. "After the opening in October, we already tripled our audience in the city. We are continually keeping the space active and it has been a very successful first season."

Turanlı founded Pi Artworks in 1998 and the gallery's Istanbul branch is located at the city's historic Mısır Apartmanı on İstiklal Avenue. "I am the director of both spaces," she said. "But I spend most of my time in London. My Istanbul manager Eda Derala takes good care of our Istanbul gallery."

Pi Artworks London had six shows this season starting with Nezaket Ekici's. "We had a selection of video works and an amazing performance,"
Turanlı said. "We had very positive reviews on numerous blogs, and in Goldsmith's newspaper. The Financial Times interviewed our Bangladeshi artist, Tayeba Lipi, and reviewed her show. Time Out London favorited Volkan Aslan's solo show, as well as our new summer show. So things are pretty active and good."

At the moment, Turanlı's gallery is hosting an exhibition titled "A House is Not a Hotel". Curated by Neil Jefferies, the show showcases the work of five UK based contemporary artists. The show's focus is on the phenomenon of rented accommodation.

Jefferies is interested in the consequence of employment becoming increasingly flexible and precarious. "It is a process that is also hastened by a housing market in which supply and demand have slowly drifted apart from each other. This situation is nowhere more evident than in London, a city in which the migratory flow around and through it happens at an exhilarating pace and where the ideologically driven discourse on how to manage the places we live in is at its most charged," the exhibition catalogue reads.

The five artists included in "A House is Not a Hotel" have different approaches to the issue. "They approach the subject in different ways and create very different results, so it is not a tightly curated exhibition of artist all making similar work,"

Jefferies wrote in an e-mail. "It is a much looser framework. This way the artists are able to show their best output and not simply something that fits a restrictive rubric. I do, however, think it is a subject that is very relevant to the U.K. and possibly many other countries at the moment. Itinerancy has increasingly become one of the primary characteristics that differentiate the lifestyles of the people, particularly the young, of contemporary Western societies from the lifestyles of their predecessors."

The show, which features works by Lisa Slominski, Christian Newby, Fazyzer Zaker, Theodoros Stamatogiannis and Steven Morgana, will be open until September 10. Its theme seems to perfectly encapsulate the international outlook of the gallery that houses it. Pi Artworks Istanbul is located at Mısır Apartment, 163/4, İstikal Avenue, Beyoğlu. Pi Artworks London is located on 55 Eastcastle Street, London, W1W 8EG. For more information about "A House is Not a Hotel," visit: www.piartworks.com/english
Last Update: Aug 23, 2014 2:17 am
RELATED TOPICS