Encyclopedias disappear from bookstores and are sent for recycling 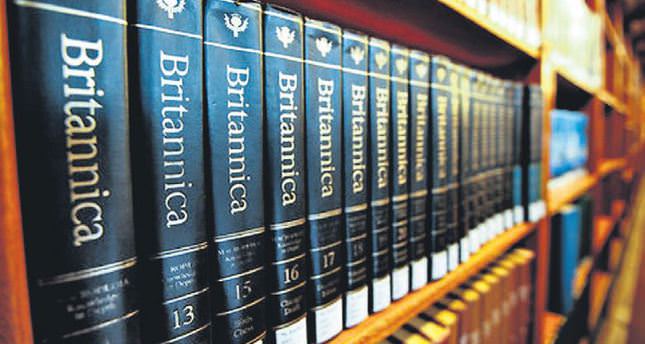 Technological innovations allow us to access information and books on digital platforms. Out-ofdate encyclopedias that were once displayed on bookshelves are now being recycled. Bookshops suffer from making less profit due to the challenges of technology

The need for printed publications has lessened as the Internet becomes widespread and almost all written documents, even manuscripts, are transferred to digital platforms. For this reason, many people say goodbye to their encyclopedias and similar books that were once kept high on bookshelves at home. In his statement to an Anadolu Agency (AA) reporter, Konya-based Regional Manager of Manuscripts Bekir Şahin said that people still question the accuracy and reliability of the information on the Internet. Today, it is easy to access information thanks to rapidly evolving technology. Şahin underlined the importance of checking any Internet- based i n f o rma - tion from various resources before using it.

In recent years, many Ottoman archives have been digitalized -- not only in Turkey, but also in other countries. To illustrate, written documents, books, rare printed pieces, old newspapers and archives kept in Turkey's 22 libraries under the Public Authority for Manuscripts were digitalized. "Digital publications facilitate the studies of academic researchers; however, they also have certain disadvantages. The Internet should be considered as something negative unless we know how to benefit from it in a proper way," said Şahin. He went on to say that although printed books have lost their popularity, there might be a return to the old ways in the future. "Technology seems to bore people who will miss their past," he noted.

He further pointed out that manuscripts now decorate the houses of wealthy people, and manuscripts along with some other printed books are bought for high prices either as accessories or to make collections. In the past, on the other hand, people paid great amounts of money for these books when they used to buy them for reading. "We are facing the reality of the world. Whatever technological practices or innovative techniques are adapted, we should continue to work without giving up our basic principles, culture and faith." Tercih bookstore owner Mustafa Yeşilyurt said as the Internet and digital technology become widespread, the demand for printed books decreases and bookshelves now look empty. "People bring their out-of-date encyclopedias to the store, and we recycle them.

Some of them are sold as second-hand books, and the rest are sent for recycling. Apart from encyclopedias, people also bring preparation test books," he said. He further stated that their profession does not make enough profit and that they do not even have the same number of customers as they had two years ago. "For the last two years, we have been barely earning our livings. We do not sell as much as we did in previous years," Yeşilyurt concluded.