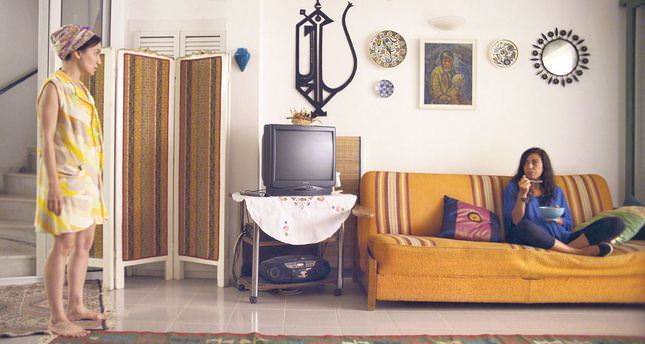 by Daily Sabah Sep 09, 2014 12:00 am
"The Summer Homes: Claiming the Coast" is a detailed research project about the summer houses, whether self-contained or within a housing development, on the coasts of Turkey. Sponsored by Kalebodur, the exhibition, which launched on Sept. 5, showcases the reasons and the outcomes of the desire to buy a house in a coastal town. The "summer home" is the colloquial name of urban people's temporary houses on the Marmara, Aegean and Mediterranean coasts, and alludes to the lifestyle that surrounds their getaways as well. These houses, which are in use for three months out of the year at most, have come into fashion as a form of vacation for middle-class families in Turkey since the 1980s. Popular coastal towns, which were once rural areas without running water, roads, telephone lines, or shops, have been turned into fully equipped odd extensions of cities. People who had decorated their summer homes with the old furniture of their winter homes began to renovate: rooms got bigger, kitchens spread out and verandas covered the gardens. As the sand of the construction sites replaced the golden sand of the coast, the owner of the homes changed and housing developments became completely different.

People who spent their first 20 years in the same summer home quickly left their summer towns for less crowded coasts, where the coffee shops were not yet part of a chain to spend their second 20 years. As the summers go by, however, all that is left is a city defenseless against luxury residences. "Summer Homes: Claiming the Coast" studies summer homes as the cultural invention of a certain period, situating it in its own historical background in terms of geographical and social effects.

The mansions of the Bosporus and the mansions on the islands were once the center for summer vacations for members of the Ottoman court and ambassadors alike during the 19th century. The Marmara summer house was the pioneer for the later Aegean summer house. It is important to note that after the 1930s, architecture magazines and popular culture advertised and recommended self-contained summer homes making all of Turkey's coastal lands linked to Ankara's decision.

When the government discovered and promoted the Aegean and Mediterranean coasts as potential touristic destinations in the 1950s, the era of summer housing developments began. As the value of living in a city became related to cooling down in the south during the summer, new building cooperatives began to emerge. During that time, it was important to have connections with government institutions and capital that could turn coastal land into building plots in order to make summer house dreams come true. As the 1980s passed, the scale of operations moved from the regional to the governmental, and as rights, laws and planning were centralized, the coasts were regularly turned over to building and commercial activity. Architects always played an active role in the development of summer houses, but summer houses have never been the subject of comprehensive architectural research. The mansions of Istanbul and its islands can be found in contemporary sources, as long as their architects are known. Yet, housing developments that replaced the self-contained houses in the 1970s were studied in terms of profiling their architects, not in terms of their residential planning. As the people in cities tend to live in prototype buildings, architects are invited to the coasts once more to build brand projects.
Imagining an infinite number of scenarios for the near future, from completely abandoned concrete ghost towns to laboratories that bottle up sunlight for northern Europeans, now is the time to look closely at the summer home phenomenon.

Within the scope of "Summer Homes: Claiming the Coast," written documents, drawings, photographs, films, models and furnishings are transferred into the exhibition. Moreover, the exhibition is supported by selections from private family archives, contemporary fieldwork and work by artists as well as SALT researchers. The subjects of the exhibition will be discussed under the subtitles of "Coast," "Home" and "Light," and explored in further detail in workshops organized by SALT.

Furthermore, a program titled "What Day Is It Today?" - held in the Walk-in Cinema at SALT Beyoglu - is presenting a feature-length film every Thursday for 10 weeks, with each film focusing on vacation homes in different geographical regions.