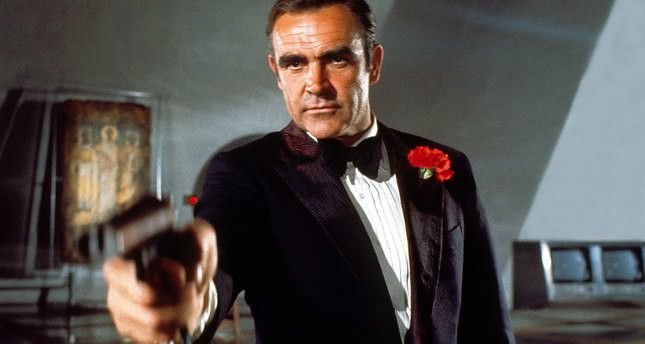 Scotland's battle for independence is a tough one to call. Many Scottish actors, writers and athletes have taken sides about the 'Yes Campaign'. The Yes side has James Bond, but the No campaign has Harry Potter

Former 007 Sean Connery has long been a vocal Scottish nationalist from his home in the Bahamas. Earlier this year he backed independence and the "core democratic value that the people of Scotland are the best guardians of their own future."

In the other corner stands J.K. Rowling, Edinburghbased creator of the boy wizard. When she said independence might be "a historically bad mistake" and backed it up with a million-pound ($1.6 million) donation to the No campaign it sent a Dementor-like chill through the Yes camp.
Connery and Rowling are among many Scottish and Scotland-based stars making public interventions on independence ahead of Thursday's referendum though experts say their influence on the outcome may be limited.

Pro-independence celebs include actor Gerard Butler, members of the band Franz Ferdinand and "Trainspotting" author Irvine Welsh, who has halfjoked that "the Union is nature's way of stopping the Scots ruling the world."

Other stars have decided that Scotland and the rest of the U.K. are in the words of the anti-independence campaign "Better Together."

Singer Susan Boyle, who still lives in the Scottish village where she grew up, has said she plans to vote No, telling the Scottish Sun newspaper that "we have still been able to retain our proud identity whilst being a part of Britain."

Former Manchester United manager Alex Ferguson, Britain's most successful soccer coach, said Scots like him who live in in England "don't live in a foreign country; we are just in another part of the family of the U.K."

Sociologist Ellis Cashmore, author of the book "Celebrity Culture," said the opinions of celebrities would have a muted impact on the outcome of the vote, which polls suggest is too close to call. "Celebrities are most effective in influencing people when the central issue is not prominent in voters' minds," he said, citing campaigns by U2's Bono and Coldplay's Chris Martin to raise awareness of famine and conflict in the developing world.

Cashmore said people in Scotland, and Britain at large, are already preoccupied with the independence issue, so celebrity interventions have little impact, and could even backfire. "It's become like a pie-eating contest: the first few mouthfuls were tasty, but now we're getting sick of the number of celebs who are speaking on a subject we suspect they don't understand."

Beyond the A-list, the campaign has exposed a cultural divide between Scotland and the rest of Britain.

The idea of a new, energized nation, free from the shadow of bigger neighbor England, holds a strong appeal to artists, and independence has wide though not unanimous support from Scotland's creative community.

More than 1,300 Scottish writers, musicians and artists have signed a letter arguing that independence would unleash creative freedom. "We are voting Yes because we have imagined a better country," it says. "Now, we want to build it."

In wider British artistic and intellectual circles, patriotism has long been unfashionable. But the prospect of a breakup has awakened a dormant affection for the United Kingdom, the state made up of England, Scotland, Wales and Northern Ireland.

The "Let's Stay Together" campaign has recruited scores of stars, including Mick Jagger, Paul McCartney, Simon Cowell, Judi Dench, Helena Bonham Carter and Patrick Stewart to sign an open letter arguing that "what unites us is much greater than what divides us."

Their view was echoed by David Bowie a New Yorkbased Englishman who sent a message to the Brit music awards earlier this year: "Scotland, please stay with us."

Amid the growing clamor, some of Scotland's bestknown names have kept their opinion to themselves.

Tennis player Andy Murray and crime writer Ian Rankin have both declined to say which side they support. "X-Men" actor James McAvoy has also said he will keep his vote to himself, though he challenged the rival Yes and No leaders, Alex Salmond and Alistair Darling, to take the Ice Bucket Challenge for charity. United for once, they both did.
Last Update: Sep 13, 2014 2:05 am
RELATED TOPICS