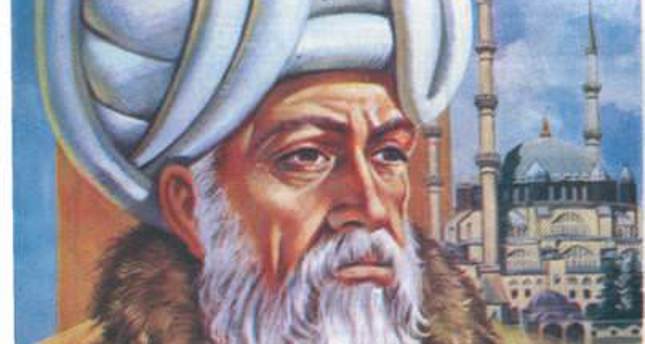 With his magnificent works such as the Suleymaniye and Selimiye mosques, Ottoman architect Mimar Sinan is undoubtedly one of the most skilled architects in world history

With his grand works of art like the Süleymaniye and the Selimiye Mosques still standing strong, it is certainly much easier to admire the work of the greatest Ottoman architect than it is to make acquaintance with a profound personality. Even though the Ottomans exited the world stage a century ago, the most prominent remains left behind by the dynasty are the works of Mimar Sinan. A significant researcher on Sinan, Selçuk Mülayim, remarked, "Anyone who attempts to tell of the world's greatest designer gets overwhelmed by one thing or another."

When recounting the life of Süleyman the Magnificent, you might get dizzy by the spectacular wealth and power he bestowed upon the grand state; the plastic perfection you encounter when reading Baki's poetry will most likely seem irreproducible to you; those who study the works of Ebussuud Efendi witness the abundance of wisdom and the competence of reasoning of the grand Sheikh al-Islam; but when Mimar Sinan is the subject matter, those who study him and his works are suffused with the feeling that all the adjectives illustrating grandeur will not suffice.

This is an interesting point, for Sinan is among the most studied Ottoman artists. His works have been more thoroughly scrutinized than those of the majority of poets and sultans. There are over a thousand works on Sinan. And this number must be inadequate as the number increases by the day. ?

If we were to describe Sinan in a single word, what would we say? Magnificence? Might? Flamboyance? Or should we point at the magnitude of form? Sculptor Hüseyin Anka has almost likened the statue of Sinan today situated at the garden of the Faculty of Languages, History and Geography at Ankara University to a giant - which we can all easily agree is something that translates to our state of mind when Sinan is mentioned. There are big statues all around Turkey that depict historical figures but none of them evoke the feeling of a "giant" in us. The artistic quality and value of the statue is the subject of a different debate; but the reason why Hüseyin Anka wanted to portray Sinan as magnificent is something that can be understood by anyone looking at Sinan's works. Sinan truly is a giant in our artistic past. Sinan is so colossal that there are many who lay claim him.

The ethnic origins of the head architect, whose life we know very little about, has been widely speculated to this day. It is understandable that many ethnic groups would claim a giant like Sinan. However, to debate the ethnic origins of Sinan, w h o s e r ve d as head architect for a long period during the Ottoman dynasty, is completely pointless for someone who has the slightest knowledge of Ottoman customs. Sinan is Ottoman from head to toe and his works elevated the Ottomans.

Sinan's grave was reopened and his skull was subjected to a bizarre anthropological examination in 1935, a time when ethnically rooted nationalist cultural policy prevailed. The Turkish Historical Association carried out this investigation with a committee of three and unfortunately, for the same reason, Sinan's skull later on disappeared. Even though it was initiated from the righteous cause of ending Western claims that brought Sinan's Turkishness into question, this story of reopening the grave remains a bitter memory. As if his perfect works are not sufficient to prove his Turkishness, not leaving the grand master in peace and referring to anthropometrical measurements is a counter-reflex we cannot comprehend today.

Perhaps the only good thing that came out of the reopening of the grave is Sinan's portrait drawn in accordance with his skull and his statue modeled from exact measurements. Still, Turkish people do not seek depiction; interest in the works of Sinan is far greater than interest in depictions of him. You do not visit Ankara to see the statue of Sinan. You visit Istanbul; you visit Edirne to see his mosques and bridges. ?

Even though we do have a biography of him, we do not have the details of the story of his life. His companion Sai Çelebi wrote Sinan's life story through his conversations with him. According to this, Sinan was a devsirme from Kayseri who made his way into the Janissary corps. In his collected biographies, his name is stated as "Togan (Dogan) Yusuf," "Yusuf bin Abdullah" or "Sinaneddin Yusuf." During his adulthood he went by the name "Sinan bin Abdülmennan," which is presented as proof that he is a devsirme of Christian origin due to the name "Abdülmennan," which was used instead of his father's name.

The Janissary Corps did not solely raise soldiers. It also produced artists and bureaucrats. Sinan himself appears as both soldier and architect in records. He attended several of Selim's and Süleyman's expeditions and was raised to the rank of captain by virtue of his effectuality at war. The galleys he had built in 1533 during Süleyman's Persian expedition increased his proximity to the court. During many expeditions he built bridges for the soldiers to cross the waters they came across. We see that Sinan acted as a military engineer during this specific period of time.

In 1538, he became the head architect of Hassa (the Sultan's court), a duty he would honor until his time of death. Before becoming head architect, he had built külliyes (social complexes) in Aleppo, Gebze and Istanbul that might be deemed modest when compared to the grandeur of his later works, but nonetheless refined. The fact that Sinan would be the grandest mosque architect ever becomes apparent when one sees how the mosque is separate from the rest of the Haseki Külliye which he had built in the name of Hürrem Sultan. The architecture of mosques was Sinan's forte.


APPRENTICE TO THE MASTER

The order of these works is directly related to the perimeter of the mosque's domes. Apart from his own works, Sinan had also restored the Hagia Sophia, a Byzantine work that was used as a mosque after the conquest of Istanbul.

The Hagia Sophia, which stands due to the size of its dome, had become a benchmark for Sinan, and with the dome of Selimiye he had finally surpassed the architect of the Hagia Sophia. When other qualities of his works are observed, Sehzade Mosque and Süleymaniye Mosque cannot be assessed as works of apprenticeship of craftsmanship. These two works of Sinan reflect also an utterly sophisticated and refined mastership. A total of 375 different works including mosques, masjids, darü'l-kurras, tombs, almshouses, hospitals, bridges, caravanserais, vaults and hammams are attributed to Sinan.

As previously stated, this figure is somewhat exaggerated; many works produced when the grand architect was the head architect of Hassa have naturally been attributed to him. Sinan's works have also found their way into our literature.

Mehmet Akif and Yahya Kemal, two of the most important epics and lyrical poets of the first quarter of the 20th century, have composed a poem each on Sinan's most magnificent work in Istanbul, the Süleymaniye. In Akif 's poem-book "Süleymaniye Kürsüsünde" (On the Lectern of Süleymaniye), the mosque is likened to a miraculous structure that transforms into a pearl when soaring to the sky. Yahya Kemal, on the other hand, established a connection between "our own celestial sphere" and the dome of the Süleymaniye.
Last Update: Sep 13, 2014 2:03 am
RELATED TOPICS