Turkish soaps under the spotlight in Chile 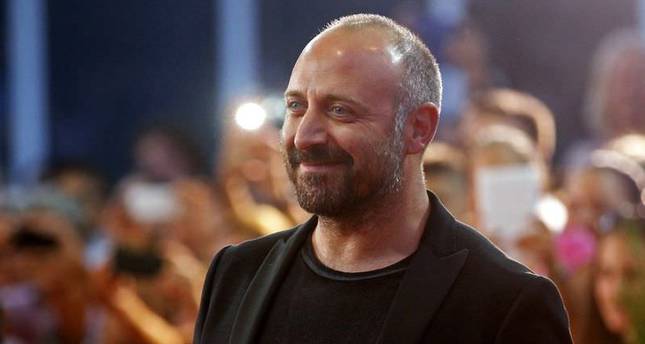 by AA Sep 13, 2014 12:00 am
One of Chile's largest charity organizations is seeking to capitalize on a Turkish star's popularity in the Latin American country by inviting him to participate in its annual telethon fundraising event.

Istanbul-born Halit Ergenç has become one of the most well-known faces in Chile thanks to his role as Onur in the Turkish television series "Binbir Gece."

Dubbed into Spanish and retitled "Las mil y una noches" ("A thousand and one nights") by the broadcaster Mega, the serial has become the most widely-watched series on Chilean television, sometimes attracting twice as many viewers as its nearest rival.

An episode that aired Aug. 24 attracted a rating of 34.9 points, better than even Chile's clash with Brazil in the FIFA World Cup in June.

The smoldering blue-eyed Ergenç is seen as one of the show's main draws, especially among female viewers.

The telethon, broadcast over 27 hours every December since 1978, is a flagship of Chilean television. Founded and hosted by Mario Kreutzberger, better known to viewers in Chile and the United States as Don Francisco, the show has raised more than US$286 million for disabled children in the last 35 years.

Organizers hope Ergenç can attend this year's event in person, although given the huge distance between Chile and Turkey and the actor's busy schedule, they may have to fall back on a recreation of popular scenes from the series using Chilean actors.

Although on the other side of the world, Chileans feel a certain affinity for the near East. During the first half of the 20th century, the country received large numbers of immigrants from Lebanon and Syria, forming one of the largest immigrant populations. Although largely Christian Arabs, they are still regularly described as "turcos," or someone from Turkey. It is still common to find small stores selling typical sweet pastries from the region and one of Santiago's leading football teams, Palestino, was originally established by the community.