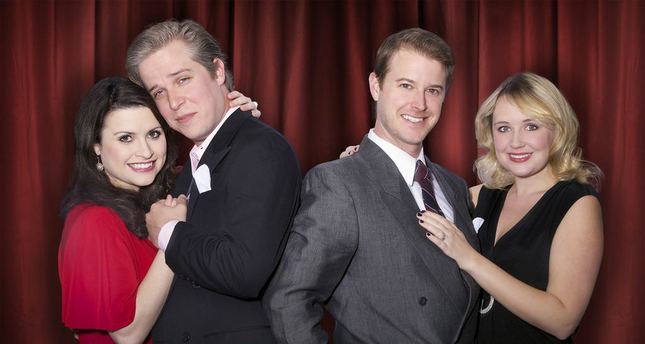 A series of smash hit Broadway and Hollywood musicals are headed to Istanbul this fall at the Zorlu Center PSM, which hosts world-class artists and performances

The upcoming events were announced this week at a press conference held by Zorlu Center PSM Executive Director Ray Cullom, who formerly served as the head of London-based Queen's Theater. Cullom expressed his pride to host world stars at Turkey's major multi-venue performing arts center featuring technically and acoustically advanced halls. The hotly anticipated performances will begin with Disney's "Beauty and the Beast." One of Broadway's longest-running musicals, the classic love story celebrates its 20th anniversary with an international tour. Cullom highlighted the great interest Turkish audiences have for this musical, citing the more than 1,000 tickets that were sold in a single day. "Beauty and the Beast" will be on stage from Oct. 8 to Oct. 26.

Produced by Zorlu Center PSM, the Turkish adaptation of Joe PiDietro's musical comedy "I Love You, You Are Perfect, Now Change" will make its debut on Oct. 24. The musical, which humorously addresses love and relationships, will take the stage throughout the year. The next theatrical performance, Albert Ramsdell's "Love Letters," depicts the power of love in an emotional but hilarious way. Ramsdell's play has been translated into more than 30 languages and was the finalist for the 1990 Pulitzer Prize for Drama. Artist Gerard Depardieu and actress Anouk Amiee will share the stage for this performance on Jan. 8, 2015.

The new season's events will continue with a concert by Tony award-winning Australian actor Hugh Jackman who is famous for his roles in "X-Men" and "Les Miserables." The prominent actor will be on stage with an orchestra and dancers from March 17-20, 2015. His solo performance "An Evening with Hugh Jackman" will obviously enchant Turkish fans. Another big surprise will be "The Phantom of the Opera," the masterpiece of Andrew Lloyd Webber that has won more than 50 theater awards. The melodrama will be introduced to Istanbulites for the first time on April 8, 2015. For the last 25 years, the musical has taken the stage in 110 cities in 40 countries for 65,000 performances and has reached more than 80 million attendees. The mesmerizing story in which passion, envy and madness intersect will continue until April 26, 2015. In addition to musicals, Mercan Dede will perform with Persian singer Azam Ali and Turkish singer Zara on Nov. 1. Furthermore, Alatürka Records will present their new album "Girizgah" during a concert on Nov. 22. "Musical Hits featuring the Stars from Notre Dame de Paris" will present the unforgettable songs of the legendary musical based on Victor Hugo's famous novel on Nov. 27. Acclaimed Turkish singer Sezen Aksu will take stage with Korhan Futacı and Kara Orchestra on Nov. 29.

The renowned pianist Fazıl Say is scheduled to performon Dec. 20 and singer Ali Kocatepe will celebrate the 50th year of his musical career on Dec. 25. Lastly, the Turkish-Dutch pianist and songwriter Karsu will perform on March 7, 2015. Japanese artist Chiharu Shiota's special work "First House" will also be on display at Zorlu Center PSM from Oct. 8, 2014 to Oct. 8, 2015, free of charge.