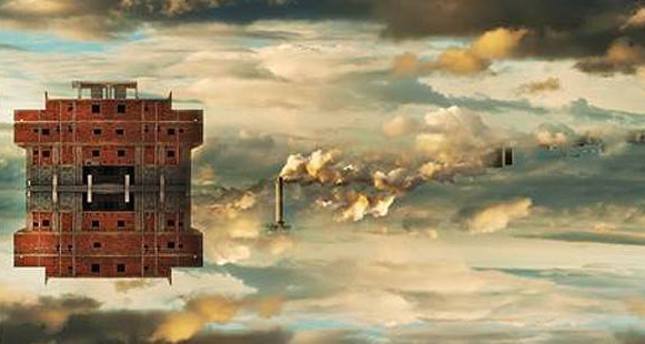 A three-day contemporary artfair opened its doors on Friday in Istanbul, the culture capital of Turkey. From Sept. 26-28, the Haliç Congress Center hosted the second annual ArtInternational, which featured almost 80 art galleries and collectors from around the world. A special opening occurred Thursday night for VIP guests and the media, and foreshadowed a resounding success for the commercial platform for artcollectors and art enthusiasts, as the exhibited works were sometimes sold within the first few hours. A representative from the Assar ArtGallery in Iran, Golshid Deraknshan, said they had sold an installation of Reza Lavassani, "Life" - a light yellow tentacle-like chandelier hanging above a table of the same color - for around $120,000 (TL 272,586) to a collector from Vancouver, Canada [shortly after the event began]. Acoris Andipa, director of the London-based Andipa Gallery, said that he had also quickly sold a large painting by the English artist and collector Damien Hirst for $290,000 (TL 658,749.50) to a European collector. "And we have a few other works that have been reserved. We have attracted a lot of international interest. We have spoken to Turkish, Italian, French and British collectors. That has been very interesting, and we have only been open for two hours," added Andipa.

"I have one the world's largest collections of Banksy. [Andipa Gallery] was the first gallery to do an exhibition for him from private collections," he added. Saliha Yavuz, the international relations manager of the world-renowned Turkish contemporary artist Taner Ceylan, said that one of eight versions of a sculpture of Ceylan's had sold for $55,000 (TL 124,935.25). Ceylan has been represented by the U.S.-based Paul Kasmin Gallery for the past two years, said Yavuz, and the Turkish artist had his own booth at the fair, displaying his "golden age" collection.

While many have expressed interest in buying, some collectors are at the fair did not necessarily wish to purchase. Arno Morenz is a Berlin-based collector from Elke and the Arno Morenz Collection. He said that he came to Istanbul with a group of 10 people, most of whom are also collectors. "We wanted to be partof [the fair] to follow [...] what is going on [in the artworld]," he added. Tickets prices were set at TL 30 ($13.25). A three-day pass cost TL 60 ($26.50). For students, it was set at TL 15 ($6.50).

ArtInternationalwas organized by Sandy Angus, co-founder of ArtHK in Hong Kong and co-owner of the India ArtFair, in collaboration with Fiera Milano Interteks, a Turkish trade show organizer. Istanbul will host another art fair, Contemporary Istanbul, in November for its 9th annual event.