Fear does have its benefits 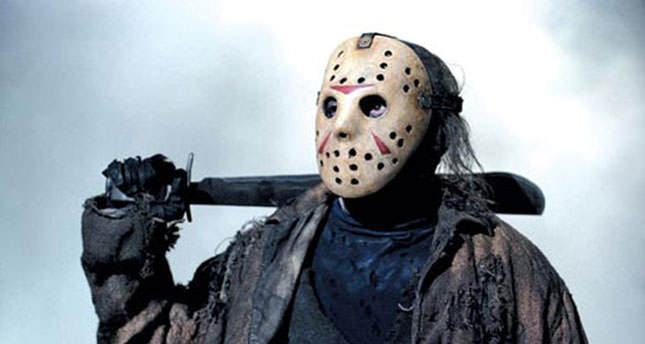 by Cenk Erdem Oct 08, 2014 12:00 am
According to scientific study carried out by Purdue University Communication Faculty Professor Glenn Sparks, an increase in the rate of heart beat, blood pressure and respiration was found in those watching horror movies. In addition, once the movie ends, this physiological arousal continues and although we are not aware of it, the positive feelings we feel subsequent to the movie are heightened.

More than just the feeling of fear, once the movie is over we are left with a feeling of satisfaction and thus some are happy to repeatedly watch horror movies. On the other hand, if your experience of watching a horror movie was negative, you may never want to watch another horror film again, so be careful...

If you experienced things that weren't so good straight after watching a horror movie, for example if you had an argument with your partner, or if you skipped an accident on the road, due to the physiological arousal that continued after the film, these negative feelings can be heightened which will lead you to avoidfilms of this genre in the future. So if you get up to something naughty with your partner after the horror movie, it can become more enjoyable.

Some people have a tendency to enjoy high levels of physiological arousal. According to psychological studies, one out of 10 people enjoy adrenaline. It is very likely that those who enjoy horror movies are also the ones who enjoy getting on the crazy rides at the fun fair. Individuals who enjoy excitement also like horror movies.

Fear does have its benefitsThe Cuddling Effect

It is possible for men to experience gratification when making the statement: "I am not at all afraid of horror movies," which satisfies the social expectation asserted by gender roles. Professor Joanne Cantor from the Wisconsin-Madison University claims that women are more likely to attempt to find shelter when they are in fear, thus men are motivated to watch horror movies together with their girlfriends. In fact, they have already identified this affect as having the "cuddling affect." Another study shows that men tend to enjoy films that their girlfriends are most afraid of; I guess it somehow suits them.

Horror Movies to Free the Mind

Cantor claims that alongside the increase of adrenaline and excitement that a horror movie stimulates, they can help free the mind, taking away from the daily tolls and toils.

Joanne Cantor also claims that horror movies can aid those who are particularly sensitive and particularly keen to overcome that sensitivity. She says that horror films can bring psychological relaxation. Sensitive individuals sometimes identify with the helpless victims in the movies and relax when the victims are able to escape their predators.

This benefit of horror movies also explains why teenagers and youths, who want to escape from internal conflicts and sensitivities, show great interest in them. It is exactly for this reason that movies about teen slashers, which show teens killed in camps and forests, never go out of fashion.

Just as horror movies lead to physiological arousal and increased adrenalin, they can also help those who have broken hearts but still maintain their compassion and kindness. That is why throughout film history antiheroes continue to be an important part of popular culture. Those who break our hearts in relationships truly deserve a Freddy Krueger rhyme. 1-2, I've been hurt by you, 3-4, Freddy's at your door!