Avicenna’s Canon of Medicine being translated into modern Turkish 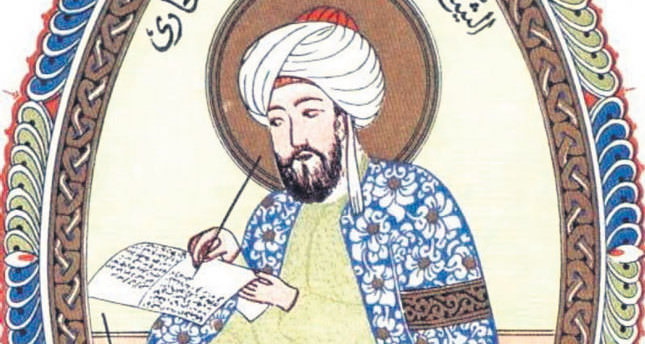 by Daily Sabah Oct 21, 2014 12:00 am
Atatürk Cultural Center deputy president, Şaban Abak, said the encyclopedia will be published with contributions by the institution. "The great work of Avicenna presents a summary of all the necessary information that a physician needs to know. The human body, internal organs, diseases, drugs and methods for the preparation of drugs are explained in detail," he said. The first three volumes of the encyclopedia have been translated into Turkish and have already been published. The third volume will be available on bookshelves within two months and the forth volume will be published in 2015. The encyclopedia was translated into Turkish by Professor Esin Kahya, but the sequence of the volumes was changed to facilitate modern-day readers. Abak announced that all of the volumes will be published as a set next year. A special symposium will be held on Dec. 19 with the participation of Professor Hayrani Altıntaş, Professor Esin Kahya, Associate Professor Ahmet Acıduman, and Associate Professor Hasan Basri Çakmak to mark the 1,000 years of the encyclopedia.

Professor Kahya underscored the significance of Avicenna as a scientist. He was not only interested in medicine but also mathematics, astronomy and psychics. "Avicenna had very keen eyes in science. He explained the scientific theory of eyesight 1,000 years ago similar to a modern medicine book," she said. When he is compared to other scientists of his period, he should not be seen a scientist of the 11th century, but a scientist of the 19th century. Not only "The Canon of Medicine," but also his other 150 works depicting heart, urinary and other diseases clearly show his expertise in the field of medicine. Avicenna was regarded as "the king of medicine" in 14th century Europe for his encyclopedia. "In those times, Avicenna was depicted between Hippocrates and Galen or with Aristotle in portraits. A Paris-based hospital was named after him in the 14th century," Kahya explained. Kahya said although many European countries are well-aware of Avicenna, he is not much known in Muslim countries. " 'The Canon of Medicine' presents Avicenna's own observations and recommendations.

It also includes anatomical findings related to the lungs, heart and other internal organs that were found out many years later in Europe," she continued. The encyclopedia even introduces information related to kidneys and eyesight, which is similar to today's findings. "It looks like a modern systematic pathology book," Kahya added. Technological advances enable the medical world to further explore Avicenna's works. "Technology, medicine, chemistry, biology and physics are all developing, but herbal plants, which are elaborately mentioned in the book, are still used in treatments. I believe Avicenna will shed light on this field," she said. To illustrate, Avicenna recommends rose water for acne, and many ointments include rose oil or water today. The encyclopedia's second volume explains herbal plants and animal-based products under the category of drugs in detail.

"If you talk with pharmacists, they are surprised that Avicenna found all this information many years ago," she said. "The Canon of Medicine" was translated into Ottoman by Tokatlı Mustafa Efendi in the 18th century, however the most important sections were not included and there is some misinformation. Kahya said there are clear differences between the original book and the first translation. The newest translation can be easily understood by physicians. "We wait for other people to introduce us to other cultures, yet many classic works were written by Ottoman scientists and they have not been translated into Turkish. I started with the works by Avicenna and hope I will successfully complete it soon," she said.