Art to raise awareness about psoriasis 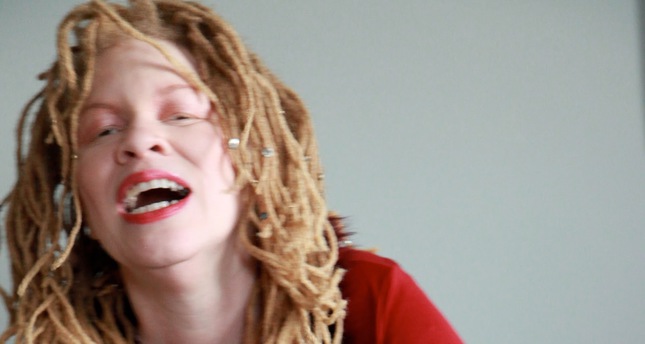 by Daily Sabah Oct 23, 2014 12:00 am
An exhibition by award-winning photographer Rick Guidotti in Amsterdam introduced photos of 14 patients with severe skin diseases from eight countries including Turkey earlier this month. Guidotti was previously a top model photographer, but has exhibited the profiles of patients with different diseases for the last 15 years in an attempt to question beauty norms and prejudices in society. The exhibition was launched as part of the global "Skin to Live In" campaign. American professional dancer Melissa supported patients with psoriasis through her photos at the event. The 22-year-old dancer said she can express herself through visual arts despite her skin disorder. "Nobody was willing to dance with me at first due to my appearance. I worked really hard to become a professional dancer that nobody can reject me. It was not an easy task, but my disease encouraged me to exert more effort," she continued. Melissa never gave up her profession even though she suffered greatly from pain and wounds while dancing.

There are approximately 125 million people with psoriasis around the world. "I am ready to dance for psoriasis patients to avoid them being excluded by society," she said. Speaking to a Sabah daily correspondent, Melissa said she wants to dance for children with psoriasis in Turkey. Professor Mehmet Ali Gürer of Gazi University, who is also a member of the Turkish Society for Dermatology, said psoriasis patients suffer from social exclusion. The Society for Dermatology carries out studies to raise awareness about the disease in the public. Gürer said they began necessary preparations to organize an event where Melissa will perform for psoriasis patients in Turkey.