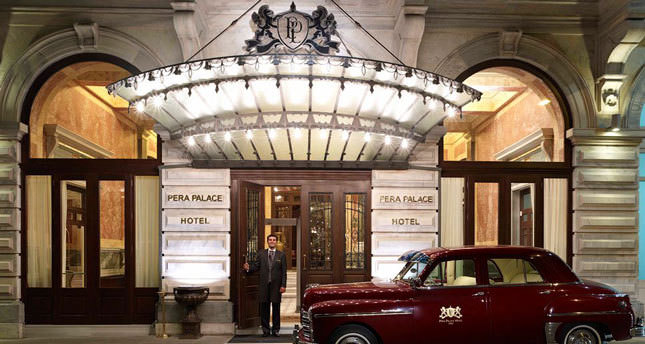 by Daily Sabah Oct 28, 2014 12:00 am
Pera Palace Hotel Jumeirah, which is famous for its history as well as the novels in which it was featured, launched an exciting project that will stir up lovers of detective and mystery stories. Inspired by the well-known novel "Murder on the Orient Express," which was written by Agatha Christiein Pera Palace, the hotel will create its own detective story together with its followers on social media, marking Turkey's first interactive detective story.

Followers will become part of the story by logging in through the Pera Palace Hotel Jumeirah's Facebook page and determine the course of the story with their choices. "Bir Pera Palas Polisiyesi" (A Pera Palace Detective Story), which is about a murder that took place in the hotel can be accessed at: https://www.facebook.com/perapalacehotel/app_355747437909106.

The antagonist of "A Pera Palace Detective Story" is a French detective named Pierre who comes to Istanbul to solve the mysterious murder case of Anna. Mystery story lovers will designate the adventures of the French detective, who will find himself at Pera Palace. Each week, two chapters of the story will be released, and the whole story will be finished in a month. Followers of the hotel's Facebook page will choose between two scenarios at the end of each chapter and the story will go on with the top voted scenario. Every 25th follower who participated in the story will be presented a keychain representing Pera Palace's Room 411 in which Agatha Christie stayed as a guest.