Bosnian ninjas gather under the roof of Ninjutsu samurai club 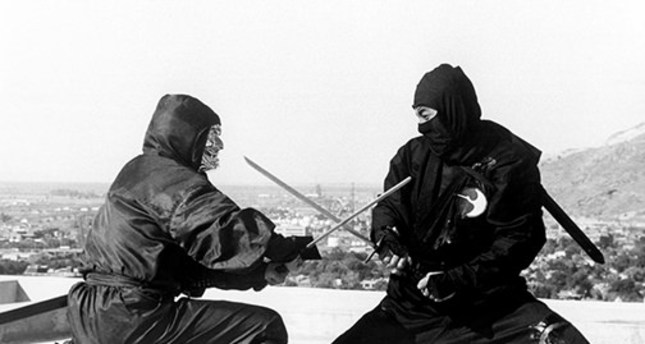 by AA Nov 17, 2014 12:00 am
Known as "spies and mercenaries," ninjas and their traditions are kept alive in Bosnia and Herzegovina's capital Sarajevo, thousands of kilometers away from Japan.

Samurais who were dismissed by their masters or broke their oaths out of their own free came together and created a martial art based on secrecy in order to turn their disadvantage of being few in number into an advantage. Today, the art has deviated from its original aim, with the way of the ninja now being practiced as a sport and a philosophy of life outside Japan.

The ninjas of Sarajevo look as if they just jumped out of a Hollywood movie laden in their black kimonos, swords and other weapons, whilst diving into waters with temperatures of around minus 10 degrees Celsius, climbing buildings and training in natural settings. One of the founders of "Ninjitsu" club "NinpoEra" in Sarajevo, Sensei Darko Traykovic, said ninjas are not people in black, yellow or white kimonos flying around using gas bombs as they are often depicted in Hollywood movies. Ninjas first appeared in written documents in 15th century feudal Japan and over time their fighting techniques developed into a separate martial art named Ninjitsu. Traykovic said Ninjitsu is a guerilla tactic as well as a martial art adding, "Actually, it is more of a philosophy of life rather than a martial art."

NinpoEra Ninjitsu Club was founded in 2007 and currently has 30 members including children. Sensei Traykovic noted that he was interested in martial arts before but he cannot say that Ninjitsu is the best one. "We are trying to know ourselves and our talents better and lead a calmer life in co-ordinance with nature through Ninjitsu," he claimed. He added that they do training in outdoor settings distinguishing themselves from people who are interested in other martial arts.

Aida Begovic, one of the female members of the club, said that Ninjitsu is a martial art which helped her discover her potential. She concluded, "I have been doing Ninjitsu for the last three years. Training among nature draws my attention. Ninjitsu gives self-confidence to people."