Vintage photos by Ara Güler to be exhibited in Seoul 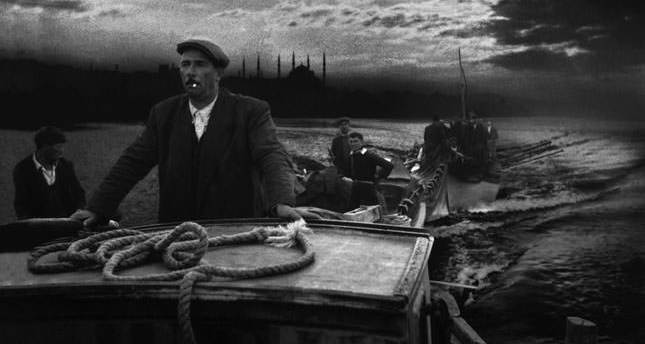 by daily sabah
Nov 21, 2014 12:00 am
Renowned Turkish-Armenian photographer Ara Güler will hold an exhibition tomorrow in Seoul, South Korea. The exhibition will have 110 photos on display, including several unpublished vintage photographs that the artist printed himself in a darkroom in the 1950s. Speaking to Anadolu Agency, the 86-year-old photography virtuoso said, "I like that the photos I take attract people's attention around the world. Everyone wants to see my photos, which is also good for my country," referring to his exhibition in Berlin "The Eye of Istanbul Retrospective 1950-2005" that drew a lot of attention. The artist's exhibition in Berlin featured 200 photos and was visited by nearly 2,000 people per day.

The works that will be showcased in Güler's new exhibition were chosen among numerous photographs in the Ara Güler Museum by the organizers of the event. He stressed the importance of vintage prints at the exhibition, as they were printed within one or two months after they were taken. "These photos have great value," Güler said, and added, "The organizers are aware of the value of these vintage photos; the walls of the museum are almost empty. I hope they will not be sold." He also said that the works at the exhibition belong to a wide range of periods, but mostly the 1950s.

However, the artist will not be able to attend the opening of his exhibition in Seoul as it is too far away. "I cannot travel for 16 hours on a plane just to see my own photographs; I am 86-years-old after all," Güler said. Güler is an internationally acclaimed photographer who is respected for his artistic personality and his works. "I have travelled all around the world, seen many different places and recorded all my experiences," he said, adding that it is good to be respected as it means he has done good things for people. "The camera is a very useful recording machine that transfers one period to the next," said the artist. He said the photos that were taken in the 20th century have become history a century later. "Most people see us, photographers, as nobody, but in reality, we are engaging in a very important mission," said Güler, and claimed they record the present and pass it on to future generations. He continued, "Today, many people learn about Istanbul from my works. When we started to photograph Istanbul, the city was already gone; it was dead. We are living on a huge corpse and a carcass that is about to reek."

When asked why new age photographers are not well recognized like older artists, Güler replied, "They are not educated enough. They have no idea what is what," and criticized new photographers for mainly taking landscape photos. "Landscapes are one thing, photography is another. Beside us, the old generation, people are not taking photos but Instagram pictures. They think they take photos but all they do is record natural events such as the sunset and the sunrise. Wherever you turn your head, there is a natural event; the sun sets everywhere," Güler said.

He characterized himself and other photographers of his generation as real photographers who mirror real life not landscapes. Güler claimed that there is meaning to his photographs and, highlighting the importance of education once again, said, "At the competitions where I act as a jury member, I see that everybody tries to photograph the sunrise. Moses and Jesus Christ also witnessed the sunrise." After being asked a question about his upcoming projects, the artist said, "There is a demand for displaying my works around the world; however, we cannot answer all of them. Some call me to the U.S. to exhibit my photos. I have been to the U.S. more than I can count; I have nothing to do there. So, I ask people to showcase my works over there and then bring them back to me." Güler concluded by saying that he wants to leave a record of everything he has done throughout his career; something easy to do, as he has published 56 books that feature his works so far.