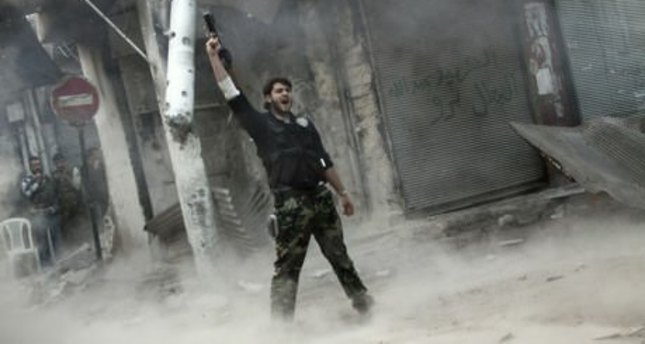 by AA Dec 03, 2014 12:00 am
"What is happening in Syria right now is the same as what happened then in Sarajevo. For this reason, war photos taken in Syria remind me of Sarajevo," Pulitzer Prize winning photo journalist Narciso Contreras said. The photographer opened an exhibition, "Syria's war: A Journal of Pain," at Srebrenica Memorial Gallery in Sarajevo, the capital city of Bosnia and Herzegovina. Contreras told Anadolu Agency that the work that is displayed at the exhibition are selections from photos taken in Syria. However, he said the photos that he took in Aleppo as well as other regions do not actually mirror the real war. He said his photographs reflect "pain, suffering and the hardest times of the civilians who are caught in the middle of the war. ... The viewers will also understand what happened in besieged Sarajevo during the Bosnian War" - the war in Syria happened in Sarajevo 20 years ago. He highlighted that civilians are always the biggest targets in massacres and wars, caught in between the two sides "accidentally." He continued, "Civilians suffer the consequences of wars - it is the same in Iraq, Syria and Sarajevo. Some of my colleagues witnessed the wars in the Balkans during the 90s. And I can say that what is happening in Syria is the same as what happened in Sarajevo." Contreras said that back then, the Bosnian War was the cruelest war of the time same as the war in Syria is now. According to Contreras, a photographer's worst moment is when he or she takes a photograph of an injured civilian. He underscored that the poor and oppressed are facing genocide. "I am holding my exhibition at this gallery that is dedicated to the genocide in Srebrenica because the incidents are connected with each other," the photographer concluded. The exhibition featuring 40 photographs by Contreras will be open until the end of April 2015. Contreras won photography awards given by newspapers and magazines such as The New York Times, El Pais, Der Spigel, National Geographic and The Wall Street Journal and he was granted the Pulitzer Prize for Breaking News Photography in 2013. He also worked as a war photographer in Syria as well as in Myanmar and Pakistan.