Russell Crowe says conflicts in Middle East are all about oil 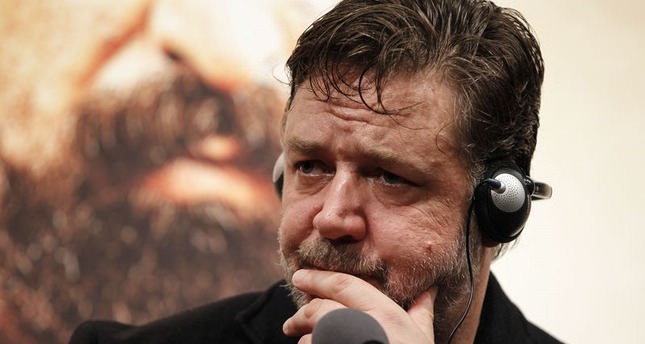 by AA Dec 05, 2014 12:00 am
Almost a hundred years have passed since the 1915 Gallipoli battle, but conflicts are still emerging in the same general area of the Middle East, Hollywood star Russell Crowe said Friday.

Crowe was addressing a press conference in Istanbul where he came to promote his upcoming war thriller "The Water Diviner" that is based on the 1915 battle.

"Hundred years on, fathers and mothers are still giving up their sons to fight. ?We are still engaged in armed conflicts in the same general area of the world," he said.

"The Water Diviner," which was shot in Turkey in 2014, tells the story of a New Zealand father who searches for his two sons four years after they went missing in the Gallipoli war.

Crowe said conflicts were now all about oil. "If we actually start being truthful about these conflicts, then maybe we can find a solution to them," he said.

"Our sons and daughters don't have to die," he added, "It is about somebody else's dollars."

He also said he felt embarrassed that he never thought about the Turkish perspective of the historic war, "which caused more than 500,000 soldiers dead."

"When I first read the script, it was kind of fundamental embarrassment," the Oscar-winning actor said.

In an interview with Channel Seven, Russell Crowe had said that it was time to admit that "we did invade a sovereign nation that we'd never had an angry word with."

About plans to make another movie in Turkey, the Hollywood star said "There is no specific plan, but it depends on the concept."

Turkish stars Cem Yilmaz and Yilmaz Erdogan, who got to play major roles in the film, also addressed the press conference.

"I liked the role so much when I read the script for the first time," Erdogan said. "I insisted Crowe to give this role to me," he added.

"There were many good details about the content and characters. I accepted the role willingly," Yilmaz said who plays a commander in the movie.

The movie will be released in Turkey and New Zealand on Dec. 26, and on April 25 in Europe and the United States.

Under the command of the British Empire, Australian and New Zealander soldiers had formed an alliance called ANZAC - an acronym for Australian and New Zealand Army Corps in 1915. Their aim was to capture the Gallipoli peninsula in order to open the Dardanelles to allied navies. Their ultimate objective was to capture Constantinople, the then capital of the Ottoman Empire which is now Istanbul in Turkey.

After ANZAC's soldiers were exposed to Ottoman Turkish resistance, the war fell into a stalemate and the campaign lasted for eight months. The extended offensive caused tens of thousands of casualties from both the Australia and New Zealand side, which eventually led to an Ottoman victory under the leadership of Colonel Mustafa Kemal, who would later be known as Father of the Turks, or Ataturk and become the founder of modern Turkey.

Anzac Day on April 25 marks the first day of the campaign; it is a national day of remembrance in Australia and New Zealand that broadly commemorates all Australians and New Zealanders who served and died in all wars, conflicts, and peacekeeping operations.