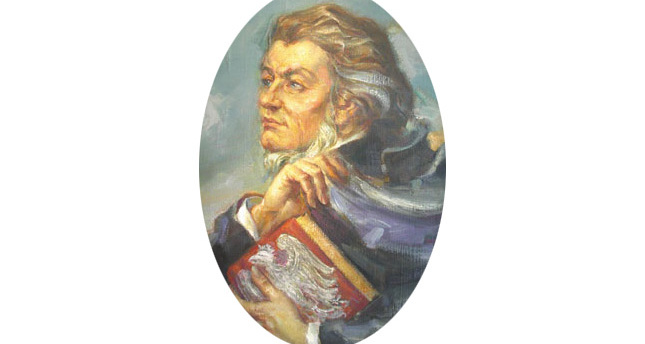 His Turkish story began one morning in 1855 when he arrived in Istanbul with the aim to gather the Polish immigrant community to mobilize against Russia during the Crimean War. Two months later, however, he died of cholera. His friend, historian Teodor Tomasz Jez, described Mickiewicz's funeral, which was held on Nov. 28, 1855, and wrote, "An ordinary coffin was atop an ox-drawn carriage passing along the muddy streets of Beyoğlu. Serbians, Dalmatians, Montenegrins, Albanians, Italians and notably Bulgarians flocked to the streets. There were Muslims in black dress; they paid their respects to the genius character of the Slavic poet."

Mickiewicz was born in 1798, two years after the separation of Poland. He tried to express the feelings of a nation's lack of freedom, and young people used to mention his internationally reputable poems. The house of the legendary poet in Dolapdere's Tatlı Badem Street was renovated earlier this year and converted into a museum to mark the 600th year of diplomatic relations between Turkey and Poland. The museum can be visited free of charge.