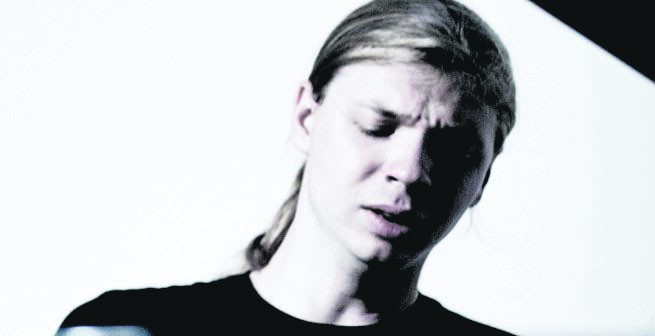 by Zeynep Esra İstanbullu Mar 09, 2015 12:00 am
Regarded as the most talented pianists of their generation by the music authorities, Kozhukhin Brothers who have won many international awards thanks to their sensitive music quality and outstanding performances will take the stage on March 12 at Akbank Sanat. Denis Kozhukhin who claimed the first place in the prestigious Queen Elizabeth Competition held in Brussels in 2010 and is seen as follower of great Russian pianists such as Guilels, Richter and Horowitz and his brother Vladislav Kozhukhin who has won all the big prizes in the competitions that he has entered since he was 10 years old will enchant classic music lovers at Akbank Sanat. Kozhukhin Brothers who blend their unique musical understanding and piano talents with a top level virtuosity will perform a repertoire composed of the most distinguished examples of classical music.

Born in 1986 in Novgorod, Russian pianist Denis Kozhukhin chosen as the best student of his class at the Queen Sofia College of Music where he studied between 2000 and 2007 and received his diploma from the Queen of Spain herself. The artist who won the Queen Elizabeth Competition in Brussels in 2010, at the age of 23 also won numerous important awards at international competitions including Leeds, Andorra and Paris Sviatoslav Richer in Memoriam. He has established a formidable reputation and has already appeared at many of the world's most prestigious festivals and concert venues such as the Verbier Festival, where he won the Prix d'Honneur in 2003, Progetto Martha Argerich in Lugano, Klavier- Festival Ruhr, Rheingau Music Festival, Jerusalem International Chamber Music Festival, Santander International Festival, Carnegie Hall, Leipzig Gewandhaus, Munich Herkulessaal, Rotterdam De Doelen, Amsterdam Concertgebouw, Auditorio Nacional Madrid, Accademia Nazionale di Santa Cecilia Milan, Palau de la Musica Valencia, Theatre du Châtelet and Auditorium du Louvre Paris. He toured Europe and the U.S. many times and performed all the piano concertos of Prokofiev with the prominent maestros such as Jun Maerkl, Xian Zhang, Lan Shui, Ludovic Morlot and Martyn Brabbins in 2011. The musician who went on tours in Japan and Brazil in 2011 won an important award from Solti Foundation in 2010, claimed the first place at Lisbon Vendom Awards in 2009 and Morocco International Music Competition in 2010 and became the third in Leeds in 2006.

Vladislav Kozhukhin who was born in 1990, began his music education at the age of six. He studied at the Children's Music School and at the Nizhny Novgorod Music College in the class of N.N. Fish until 2007. In 2010, he was awarded the Grand Prix in two age categories at the International Young Pianists' Competition in Italy. He won two first prizes at the International Piano Ensemble Competition in Marktoberdorf (Germany), three first prizes at the 7th International Contest HOPES. TALENTS. MASTERS, in Bulgaria in 2002. The same year, he was awarded the first prize at Moscow Rotary Competition in Russia and participated to the D.D. Shostakovich Festival in Florence in 2006.

From 2007 to 2013 he studied at the Queen Sofia Higher School of Music in the class of D.A. Bashkirov and Claudio Martinez-Mehner. He gave concerts in various cities of Spain and participated in Master classes of E. Krossovski, M. Pressler, H. Achukaro, Fu-Cong, M. Voskresensky, F. Radosh, Gabor Takasc-Nagy, Pavel Giliulov, E. Nebolsin, Klaus Haluik, Naum Grutberg, Natalia Shakhovskaya. He performed a duet with his borther in 2009 at a concert which was given in the honor of Spanish Royal Family. He took the stage at many important festivals in France and Spain such as Pomerstfelden in Germany in 2008 and 2010, Santander in Spain in 2009, Verbier Academy Festival in Switzerland in 2010 and 2013, Tel-Hai Festival in Israel in 2011 and Louvre Concert Hall in France. He won top prizes at competitions in Barcelona and Satander in 2010 as a part of the Trio Vivaldi. Moreover, he gave concerts all around Europe as a member of Trio Cervantes and performed at various organizations in Spain, France, Germany, Italy, the Netherlands, Belgium and Switzerland. Kozhukhin who has worked with prominent maestros including S. Sondeckis, V. Altshuler, A. Skulsky and R. Zhiganshin has been continuing his musical education at State University of Music and Performing Arts Stuttgart in the class of Professor Kirill Gershtein since 2013.
Last Update: Mar 09, 2015 1:07 am
RELATED TOPICS