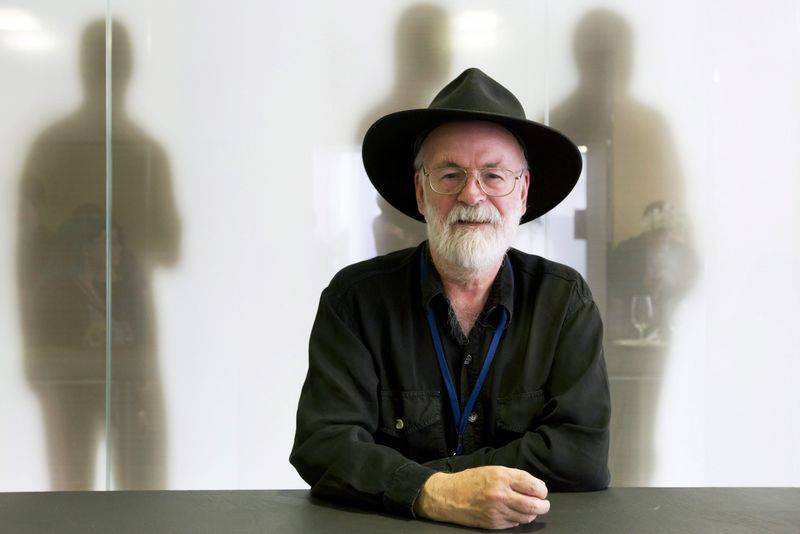 by Daily Sabah with Wires Mar 12, 2015 12:00 am
Sir Terry Pratchett, fantasy author and creator of the Discworld series, has died of a rare form of Alzheimer's disease aged 66, his publisher said on Thursday.

Pratchett died at home surrounded by his family with his cat sleeping on his bed, Transworld Publishers said. The BBC reported that his publisher had said Pratchett's death was entirely natural and unassisted.

His death has been met with an outpouring of grief from his many fans around the world. Prime Minster David Cameron said: "Sad to hear of Sir Terry Pratchett's death, his books fired the imagination of millions and he fearlessly campaigned for dementia
awareness."

Sir Terry wrote more than 70 books during his career and completed his final book last summer. At the turn of the century, he was Britain's second most-read author, beaten only by JK Rowling.

His death was announced on his Twitter account with a tweet composed in capital letters - which was how the author portrayed the character of Death in his novels - read: "AT LAST, SIR TERRY, WE MUST WALK TOGETHER."
Last Update: Mar 13, 2015 12:11 am
RELATED TOPICS