Bosnian conceived in wartime rape searches for his parents 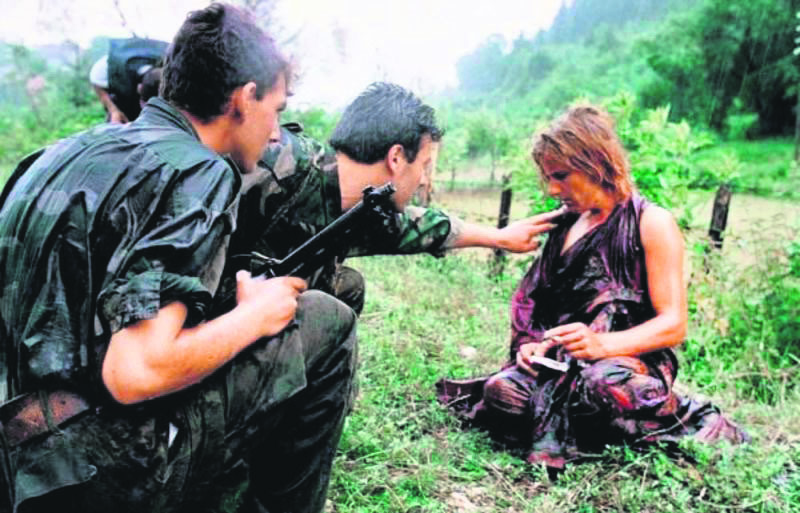 Between 25,000 and 30,000 women and girls are believed to have been raped during the hostilities, according to the Sarajevo University Institute for Research of Crimes Against Humanity and International Law.

Alen Muhic, who was conceived when his mother was raped by a soldier in wartime, says he would not have had the courage to search for his parents were it not for the film cameras that followed him. His painful quest is documented in "An Invisible Child's Trap", the second documentary feature about Muhic, the son of a Muslim Bosniak woman and a Bosnian Serb soldier who repeatedly raped her during the 1992-95 Bosnian war.

In Bosnian film-maker Semsudin Gegic's first film about Muhic in 2005, the boy became the first child to publicly speak out against the stigma surrounding him and others like him in Bosnia for having been conceived by rape during the war. Premiered on Monday in the Muhic's hometown of Gorazde in eastern Bosnia, the second documentary takes another unique step in confronting the prejudice faced by these children as they become young adults. Muhic was abandoned by his mother, who gave birth having hidden the pregnancy from her family. He only learned he was adopted from schoolyard taunts when he was 10 -- a shock that triggered a lasting identity crisis.

Around 100,000 people were killed during the Bosnian war between Orthodox Serbs, Muslim Bosniaks and Catholic Croats. Between 25,000 and 30,000 women and girls are believed to have been raped during the hostilities, according to the Sarajevo University Institute for Research of Crimes Against Humanity and International Law, which produced the film.

Sixty-two Bosnians are recorded by the authorities as having been born of wartime rape, according to a Bosnian association for women raped in wartime called "Women - The Victims of War", which has 25,000 members.

Most of the babies were left in orphanages where their origin was concealed from them, which is they came to be known as 'invisible children', according to researchers into the phenomenon of rapes during the war and their aftermath. Muhic's biological father was tried and convicted of rape in 2007. He was later released on appeal, conditional on having to meet Muhic if the child requested it.

Gegic saw potential for a follow-up to Muhic's story. "I promised him that we shall make the second movie in which we will search for my biological parents," Muhic told Reuters. "After he called me last year to ask about it, I first had to think it through, to clear my mind to decide on such a major step that means so much to me. But then I accepted." The new documentary shows that when Muhic requests to meet his father, his father fails to turn up and continues to avoid any contact. Muhic's mother lives abroad with a new family and also refuses to meet him.

"Alen Muhic is the first among thousands of invisible children who was courageous enough to speak up," Gegic said. "In all countries of the world, there are such children who are removed from the society and public eye."

Muhic cried after the film was shown to a packed cinema in Gorazde, where the audience gave him standing ovations. "It is so moving," said a women who gave her first name Arnela, choking in tears.

After announcing the film on Facebook, Muhic said he received an outpouring of support from well-wishers, including women who were raped, parents who adopted children with the same background as him, and from children in orphanages, expressing their thanks for his advice. "The first film resulted in freeing my identity; this second film was aimed at revealing who these people are, who is the man who raped my mother and who is my mother," Muhic, a tall man who works as a medical technician in the town hospital, said. "For years, I have felt angry and ashamed but now I feel really at peace. I have found the answers to many questions."