Works by young artists meet artlovers for the first time 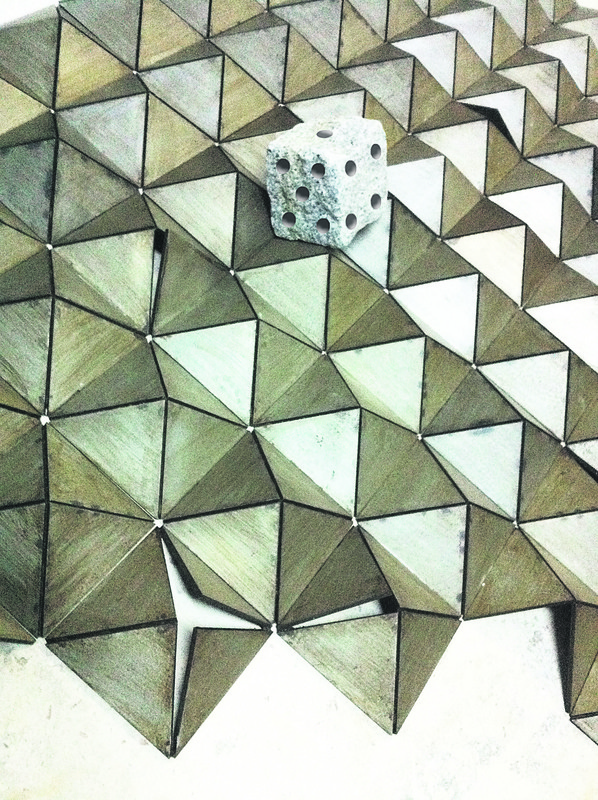 by Zeynep Esra İstanbullu Mar 27, 2015 12:00 am
The Mamut Art Project '15, which has been bringing young artists together with collectors, galleries, culture and arts institutions, as well as art lovers since 2013, has opened its doors. The project will run until March 29 at Küçükçiftlik Park, and offers a chance for art lovers to see 400 works from 56 young artists for the first time. The works featured at the Mamut Art Project '15 were chosen by a jury composed of Ağa Uğur, Başak Şenova, Eda Kehale Argun, İnci Eviner and Osman Erden, among submissions by 1,000 artists. The director of the project, Seren Kohen, drew attention to young artists from Iran to the Netherlands who applied to the project this year.

"We received applications from many countries, including France, Ukraine, Germany, the U.S., Australia, the Netherlands, Bulgaria, Switzerland and Iran, and this makes us very happy. This wide-range of applications highlights that our international recognition has increased," Kohen said. Moreover, the project features artists from many Anatolian provinces, such as Diyarbakır, Konya, Nevşehir, İzmir, Van, Karabük, Malatya, Kırklareli, Edirne as well as Ankara and Istanbul, who submitted their portfolios to the jury. The applications also helped the Mamut Art Project mirror the artistic tendencies of contemporary young artists.

Kohen underscored that the project hosts works with different styles and techniques. "Compared to previous years, we received portfolios featuring more paintings, drawings and collages this year. In the past, the hyper-reality movement stood out in the paintings. However, there is a change in styles and techniques this year," Kohen stressed. Although there are fewer videos than the last two years, Mamut Art Project '15 is hosting more photographs this year. The applications also reveal that digital productions among the young artists are on the rise. "Sound art is an art field that has been developing and is on the rise in recent years. This year, we expected more works in this field. Although the number is not high, we received many applications nonetheless. Urban transformation also stands out as one of the most popular subjects," Kohen emphasized. Characterized as an "expedition area" by art circles, Mamut Art Project opens a new door to young artists who have just started building their career.
Last Update: Mar 27, 2015 2:24 am
RELATED TOPICS