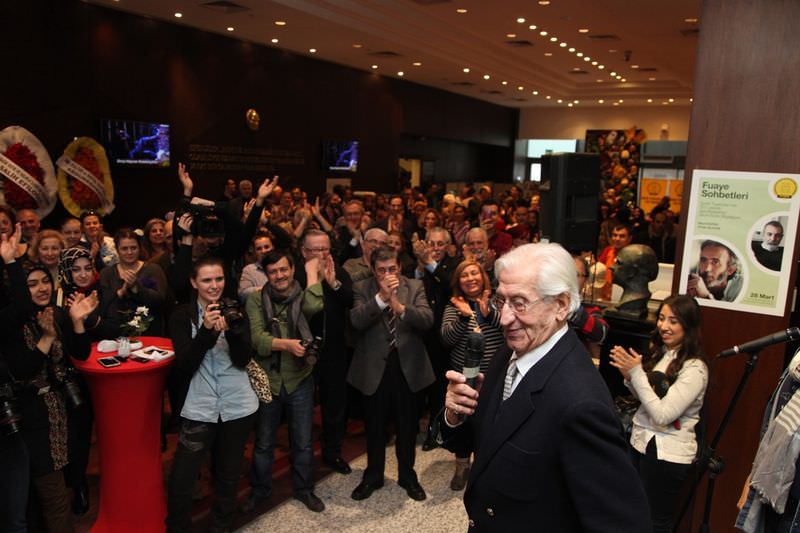 by Daily Sabah Mar 28, 2015 12:00 am
As the number viewers has significantly increased in the last couple of years, most Turkish plays are sold-out most of time. In this spirit, Turkey's actors celebrated World Theatre Day in various events throughout the country, however, the issue on lack of adequate facilities for the performing arts was again on the top of the agenda.

Meanwhile, a group of activists, artists and politicians, led by Actors' Union, gathered in front of Atatürk Cultural Center (AKM) located on Istanbul's Taksim Square to protest the inactivity of the facility for almost seven years. The group later went to Çağlayan Courthouse to file a complaint.
The 47 year-old AKM, once Istanbul's main stage for performing arts of Istanbul's ertertainment scene Taksim, was closed for renovation in 2008 due to faulty acoustical structure and aging construction which had suffered a fire in 1970. As the building was designated as a cultural asset and regarded as an important Republican architectural example, several projects for were halted by court orders, meanwhile suggestions to totally replace the building with a new one had met with stiff resistance. Due to AKM's inactivity, State Opera and Ballet performs its plays at Süreyya Opera (originally a movie theater) located in Kadıköy district, the building belongs to Kadıköy Municipality and viewed as an inadequate facility for staging operas.
RELATED TOPICS