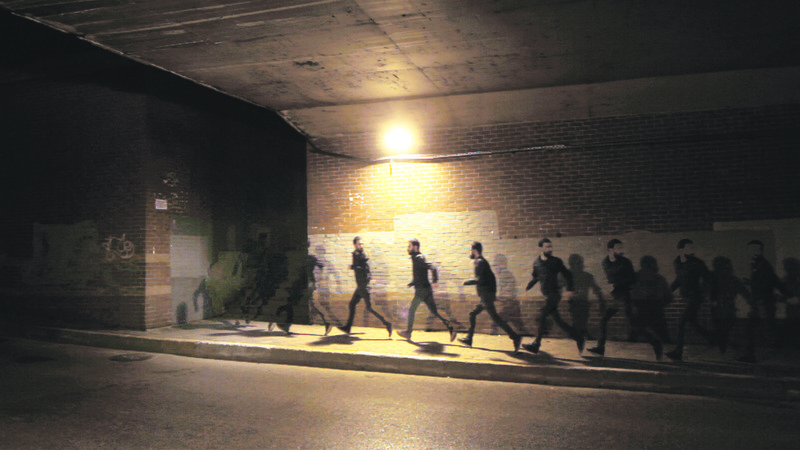 Converted from the historical Tekel Cibali Tobacco Factory, in use between 1884 and 1997, the Cibali Campus of Kadir Has University will soon become the heart of contemporary art with its new art center, Galeri Khas

The Kadİr Has University in Istanbul has converted the old Tekel Tobacco Factory building in the Cibali district into a brand new art center, with the inaugural exhibition that began yesterday featuring ten young up-and-coming local artists. The building housing Galeri Khas served as a factory between 1884 and 1997. The gallery opened its doors with its debut exhibition "Yalnız ve Kalabalık" (Lonely and Crowded) yesterday. With contributions from Vice Chancellor Hasan Bülent Kahraman, Galeri Khas was designed as a platform to gather local and international institutions working on contemporary art, artists and all interested people under the same roof. Galeri Khas aims to bring a breath of fresh air to Istanbul's hectic life with its artistic identity and unique architectural style. Curated by Kahraman, the debut exhibition features "new media" works of 10 young artists including Can Akgümüş, Alper Aydın, Basako, Zeynep Beler, Hasan Deniz, Sibel Diker, Mete Ersöz, Hayal İncedoğan, Erdal İnci and Jacqueline Roditi. Visitors can see photography, video and neon work at the exhibition venue. In his exhibition description, Kahraman says humans are always alone, anytime and at any stage of their life. "However, people are unable to bear this loneliness. They do not like the fact that loneliness exists in both the material world and their inner world. They try to resist loneliness, but it is merely a pathological condition," he continues. Kahraman believes people also have an interesting tendency to sustain their loneliness. "Anyhow, philosophy does not describe humans as individual creatures, but as social ones. There are also cities that must be considered. Cities are formed of streets, avenues and apartments. They are all plural and atomistic. Cities are the places of atomism and community," Kahraman went on to say. "We all know the following fact: We may feel lonely in crowds, but if crowds are not described as lonely places, why do we feel like that? Is a crowd associated with loneliness, defeat, being a loser or forgotten? As Shakespeare once said, 'To be or not to be.' What did he mean? Did he mean loneliness or being in a crowd? We are still searching for the answer to the same question. This is because a city is mostly associated with these two words: lonely and crowded. A big war indeed," he concludes. The exhibition will run until April 30 and can be seen online at artnivo.com. Here are some of the exhibition artists:

Cities were established for humans to gain the upper hand in their struggle with nature. We built protective houses by making people close to each other. Although this density helped us remove our insecurity towards nature, it strengthened our insecurity towards authority as well as each other. While a tree hole represents safety in nature, spaces under bridges symbolize the uncanny in a metropolis. Cities present their residents with everlasting paranoia as a gift.

In his work, the artist makes numeral interferences to rocks that can be found in nature. The numbers that are selected represent a deliberatively chosen place. All the numbers are calculated one by one and written on the rocks using white water-based paints to avoid harming the rocks. Numbers were created by humans to value certain objects. The artist intends to initiate a dialogue between nature and human beings by transferring human made numbers on formless objects in nature. This installation creates a paradoxical situation for people who passby on that beach as well as the viewers. However, this situation is caused by humans, as they set limits and judge everything according to size. Measuring natural objects is a reaction to society's meta-perception.

Civilization, which has its share of modernity, prefers to take shelter in the shadow of power, government and showing off while growing away from itself as well as nature. As aesthetic and flawlessness have become the motto of rising, it takes its power from symmetry. His work "Doma" presents the civilization that rises against the uncanny scenery together with nature that is changed by civilization itself by taking references from the present day.

The artist produced a static video collage focusing on the Zeytinburnu Metrobus station and the traffic that flocks every day. The video creates the illusion that the traffic - or the city in a broad sense - continues to draw "8" and go into a whole all the time. The city, which has a population that it can barely hold, turns into something like a "bottomless well," while transporting the population from one place to another; it seems as if people disappear together, and they are replaced by others with the coming of a new bus.
Last Update: Apr 02, 2015 2:14 am
RELATED TOPICS