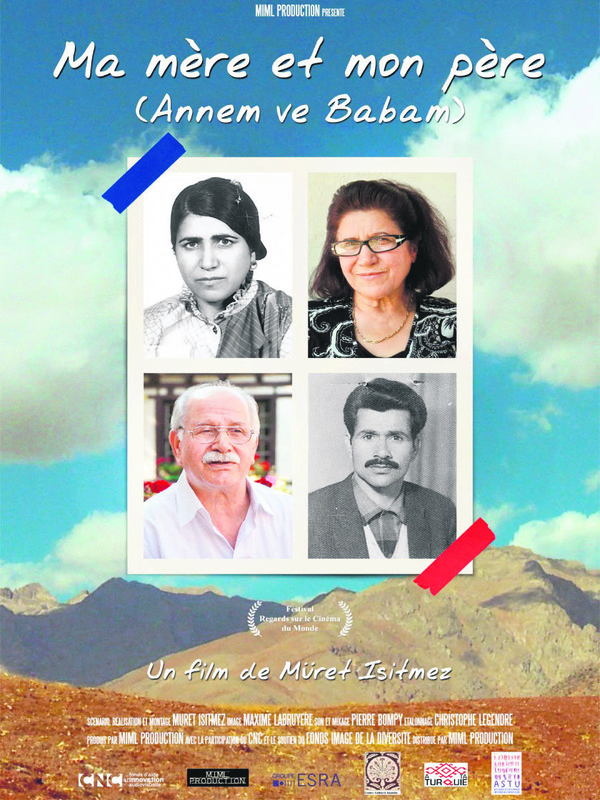 by daily sabah Apr 03, 2015 12:00 am
A series of events will be held to mark the 50th anniversary of the Bilateral Labor Recruitment Agreement signed between Turkey and France on April 8, 1965. The French Consulate General in Istanbul, the French Agency in Charge of Migration and Welcoming Foreign People (OFII), the Istanbul French Cultural Center, Galatasaray University and the French Institute for Anatolian Studies (IFEA) are organizing conferences, film sessions and exhibitions to show the cultural, political and social reflections of Turkey's relations with France for the last 50 years.

The cultural events will begin with Müret İşitmez's documentary film "Ma mere et mon pere" (My Mother and Father) at the Istanbul French Cultural Center on April 7. Turkish-origin French director İşitmez's new film was released last month in France. Her film depicts the story of a family migrating to France in the 1970s. Following the film session, İşitmez will attend a panel session. İşitmez's film can be watched with French subtitles free of charge. Simultaneous interpreting will be offered during the panel.

The Istanbul French Cultural Center will host a conference to discuss the results of the bilateral labor recruitment agreement, current visa policies and freedom of movement. Among the conference speakers, Muriel Momenach, the French Consul-General in Istanbul, will talk about "new visa policies," while İsmail Demiryürek of the Administration for Turks Living Abroad and Related Communities will discuss "Turkey's new policy on its citizens living abroad." During the second session of the conference, social science experts and representatives from associations will focus on changes in Turkish communities in Europe.

On the same day, photographer Ahmet Sel will present his exhibition "Demir Atanlar" (Those who anchor) at the center. His works will feature immigrant portraits reflecting the social, professional and geographical environment after the migration of Turkish citizens to France. Sel's exhibition made its debut in 2007 at the France-based Elele Education and Cooperation Association. With contributions from the Institution of France National Immigration History in 2009, the exhibition was presented as a part of the "Turkey Season in France." In 2010, it was open for visiting at the Istanbul French Cultural Center during the Istanbul European Capital of Culture events. The exhibition will run until April 30 at the Istanbul French Culture Center and the OFII's Turkey Branch.

In collaboration with Galatasaray University, the French Institute for Anatolian Studies will hold a workshop on "The Studies of Young Researchers on Turkish Immigration to France." The workshop aims to introduce different perspectives on this field through different disciplines.
Last Update: Apr 03, 2015 2:20 am
RELATED TOPICS