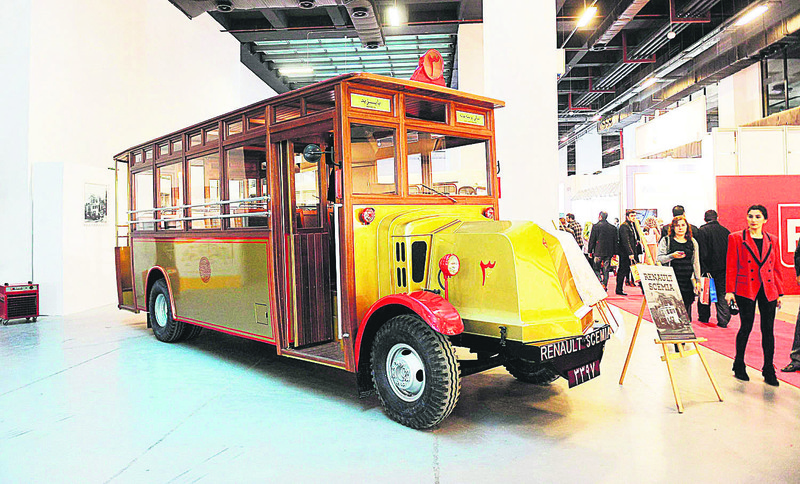 Nostalgic buses from Bussing, Leyland and Renault-Scemia, which were featured in many scenes in old Turkish films and operated on the streets of Istanbul from 1927 to 1992, are back on the road. The nostalgic buses, which were reproduced to look exactly like the originals by the Istanbul Electric Tram and Tunnel Company (IETT), have begun operating on the historic peninsula, Topkapı, Fatih, Eminönü and Beyazıt, starting on April 1. The buses, which accept Istanbulkart, play the popular songs of the period and are open to use.

Bought between 1951 and 1952 from the Federal Republic of Germany, Bussing's exterior was painted maroon, the popular color of the period, and its upper part was painted off-white. Known as "Trambus" among the public, Bussing had a seating capacity of 51 passengers, 25 sitting and 26 standing. Leyland buses, which were manufactured especially for Turkey, had a seating capacity of 76 passengers. Leyland-branded buses were known for their longevity and safety and offered their services to Istanbulites until December 1992. In 1968, 300 Leyland buses were purchased from the English Leyland Company. To be long lasting and solid, their interior and exterior covers were fastened with a rivet. They provided a comfortable bus ride with their sponge seats covered with red leather.

Four Renault-Scemia buses, which were purchased from France in 1927 to offer alternative transportation to the tram network in Istanbul, had a seating capacity of 28 passengers. Three of these four French-manufactured buses began operation on Oct. 21, 1927, and provided transportation on the route Beyazıt Square-Bakırcılar-Fuatpaşa-Mercan-Fincancılar-Sultanhamam-Eminönü Eski Postane in return for a ticket that cost five kuruş. The buses, whose exterior was made from sheet metal and interior from wood, stood out with their front ends, which held the engine. As they were the Istanbul Municipality's first three buses and were painted in gold, they were called "İBO'nun Altın Kızları" (Golden Girls of İBO). Renault-Scemia buses began operating from Taksim to Akaretler and to Beşiktaş in 1931, and their services were canceled on Sep. 30, 1942.

Renault-Scemia: Offers its services as 61B Beyazıt-Taksim It departs from Beyazıt at 09:30 a.m. en route to Beyazıt-Laleli-Unkapanı-Şişhane-Taksim.

Bussing: Offers its services as 87 Topkapı-Edirnekapı-Taksim. It departs from Topkapı Suriçi at 09:30 a.m. en route to Edirnekapı-Fatih-Unkapanı-Şişhane-Taksim.

Leyland: Offers it services as 35 Kocamustafapaşa-Eminönü. It departs from Kocamustafapaşa at 09:30 a.m. en route to Cerrahpaşa-Yusufpaşa-Unkapanı-Eminönü.
Last Update: Apr 03, 2015 2:19 am
RELATED TOPICS